Have you ever thought about being poor? Have you ever thought of living on the streets and fending for yourself? Well if you haven’t that’s alright i’ll just have to explain more about Poverty. There are millions of people who don’t have jobs or even homes. In 2014 there was over 47 million people in poverty. I'm sure you already know about that. They are in a desperate need of help.

My family of eight and I are going through hard times and are worried of going homeless. Most people in Poverty can’t afford help, they can’t afford to change their life. Jobs cost a lot of time and money Minimum wage only pays 8 to 15 dollars an hour. My Father was in the military, he served for 20 years then he ended up being disabled. You would think that even though he was in the military we would be financially good but, that's not the case.

The reason why some people are in Poverty and can’t afford this stuff is maybe being born into poverty. It's not there fault at all why are they being punished. They might have a money issue like my family, they might not have a job or have to pay debt. They could also have a job. Minimum wage isn't enough only 8 to 15 dollars an hour, to provide for you children or apartment and food.

All these people need help with jobs, food, school and housing. We could do something about. We can make a change. There should be free schools in every neighborhood It wouldn't be to hard just costs a bit more money. They could have more soup kitchens and more housing centers for kids and adults same thing people need help why can't you spend a little money on this. I know you have a LAW where you help fund poverty and like I said it's not fair to the people who aren't in that program. Even with all this, not everyone can go to these places and get help. There's millions of people who are homeless and it's near Impossible. I hope you make the change we all want to see. I hope you settle down at the white house. 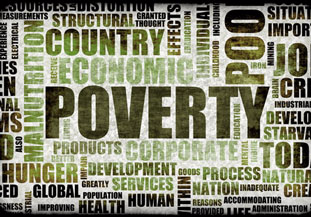 Poverty
Published on Sep 27, 2016
Report a problem... When should you flag content? If the user is making personal attacks, using profanity or harassing someone, please flag this content as inappropriate. We encourage different opinions, respectfully presented, as an exercise in free speech.
MCAA

I'm a kid that lives in a family who's all for guns. Turning on the TV to hear how everyone's concern about huge mass shootings, and they complain ...

I think the president should make a law that lets illegal immigrants become US citizens.

Immigrants are really hard workers, but they get paid less than their native born counterparts who work less hard but get paid more than their peers.

I think that the most important thing we can do is to save the lives of those who are in poverty who can’t afford basic resources.