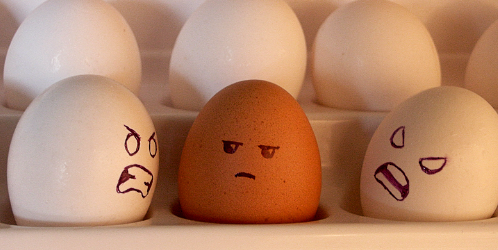 Have you ever been treated differently because of your race? Racism is an important topic because people are getting killed or treated unequally because of their race and this shouldn’t be happening. We should take action so that we can live in a country where we should be treated equally and not fear of dying because of who we are. Many lives were affected negatively because they we treated with inequality. Racism should not be a problem in the U.S. especially if you want to feel or be safe.

People are even afraid to call the police because they are killing innocent people because of their race. Did you know that youŕe twice as likely to be shot while your unarmed by a police officer, according to Times.com. 41% unarmed African Americans have been killed by an officer this year. You shouldn’t be scared or fear the people who are supposed to be protecting you. Times.com stated that,“Black people are 4 times as likely to die in custody or while being arrested by whites”. This problem has caused many to fear and lost trust in the police. We need to take action so that people won't actually be afraid to call the police for the help.

We should do something to stop racism.I think that It’s unfair that people are getting treated differently because they don't look like your average person. It’s not only a one time thing, it occurs everywhere. Unfortunately racism does exist, but not only in your neighborhood or state, but everywhere.

criminal justice system Racism
Published on Oct 30, 2016
Report a problem... When should you flag content? If the user is making personal attacks, using profanity or harassing someone, please flag this content as inappropriate. We encourage different opinions, respectfully presented, as an exercise in free speech.
Health Science Middle School

Our age law should be consistent on when we want a person to be an official adult or not. Drinking and smoking age should be 18 or being an officia...

This letter was written in Mr.Leeper's Ethnic Studies class at Aptos Middle school in San Francisco,CA.We are writing to express our feelings and o...

We need to end organized crime in the United States of America.

A Hispanic's point of view during all the racism happening around America.