My worry’s are that,” once a person abuses an animal they are most likely not just going to do it once.” Also, people are hurting animals because,” they will fall into a cycle of abuse and that can really hurt the animal, and possibly kill it.” Although,”pets are not the only animals being abused.” Some things you can do to help them are,” keep it on record to prevent it from happening over and over.”

Don’t hurt the animals,” the death of animals affect the whole world and itself and the many creatures on this planet.” This is a major problem these animals are dieing out if they die that could ruin the food cycle. “, hoarding behavior often victimizes animals, suffers of a hoarding disorder may impose severe neglect on animals, by housing far more than they are able to adequately take care of.”

Animals are fragile animals,” serious animals neglect is often an indicator of people in need of social or mental health services.” Animals need to be properly taken care of,” intentional cruelty to animals is strongly correlated with other crimes include violence against people.” Some ,” surveys suggest that those who intentionally abuse animals are predominantly men under 30, while those involved in animal hoarding are more likely to women over 60.

I believe that animal abuse needs to be stopped. It is a serious issue and it is caused some animals life’s. It’s wrong to kill animals for nothing, what good does it do for the people who abuse those poor innocent animals. If we make sure they are good with the animals we can prevent it from happening by knowing they are good with the animal. Then we can prevent it from happening and animals will be okay. 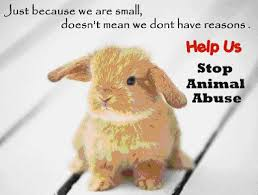 Immigration has been a very common problem, well I think that the future president should fix that problem. But with NO damage.

Family is an important election issue.

This letter discusses the matter that people should treat women the way they want to be treated - equally and respected.

Education is a right not a privilege.

Ocean Pollution is a real problem and is caused in large part by agricultural run-offs. Something needs to be done to regulate or prevent agricultu...

This is my opinion on how to stop animal abuse in the united states.