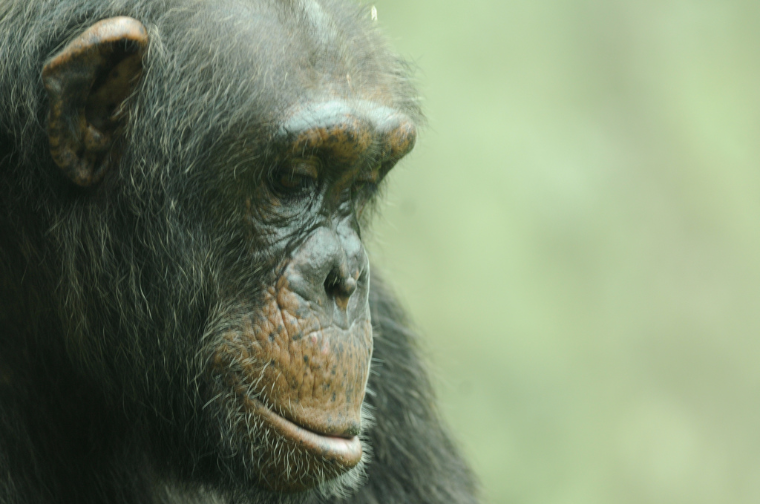 Today many families and individuals love visiting zoos to see exotic animals they cannot find elsewhere. Even I enjoy going to the zoo from time to time. What many of us don't realize is the way the animals are treated behind the scenes. If you were to stay long enough and you would truly see most animals are not happy in the zoo environment. I am asking you, Mr. or Madam president, to put laws into place to have the animals treated correctly to make sure they are happy and comfortable otherwise be released into their natural habitat.

A prime example of animal happiness levels being low is gorillas wanting to escape from their enclosure at the zoos. The worst part is if they do escape they will most likely be shot and killed. Another great example is the Humboldt Penguins at the Scarborough Sea Life Centre. These penguins are on antidepressants because they are so unhappy. In cases like these, animals should be rightly placed back into their natural habitat and the zoo keepers in charge of the animals should be properly punished and held accountable for mistreating the animals.

There are many issues that causes animal mistreatment in zoos. The main cause is careless zookeepers. CAPS(Captive Animal Protection Society) had to take a rabbit to a vet due to its infections. CAPS also confiscated a monkey from the zoo due to the zoo feeding the monkey cake and other junk food. Many zookeepers are negligent to animals and don't give them proper attention. For example a zookeeper has a dog at home, the dog probably receives more than double the attention than the zoo animals, I believe zookeepers should treat all animals as if they were their own. I know, not all zookeepers are bad people or do bad things, but the ones that are bad people and do bad things need to be taken care of.

The animals at zoos are affected directly by mistreatment. Often enough the caretaker of these animals do not take proper care of them. For instance on average elephants walk at least 20 miles a day, but have you seen any zoos walking their elephants 20 miles a day? Sadly, the animals are not provided all the capabilities as if it were in its natural habitat. A study shows that elephants live a total of 19 years less when kept under human captivity due to stress and not enough exercise.

Many people believe zoos are good place to view and learn about animals. They believe zoos should not go away. Yes, they are partially right. Zoos are a great place and should stay but only under the circumstance that the animals are treated properly. Some say that if we put all animals in zoos back into the wild they will have no place to go. We as humans have taken away their habitats so if we do return them to the wild it is our job to restore the animals’ habitats to full health and function. People from the other perspective have good points as in there being no where for the animal to go but we can make or find a place for them.

What can be done to fix this issue is quite simple. First, we need to enforce better inspections at the zoos. We should also provide the animal caretakers with better training and accountability. I believe many of the negligence is not intentional just ill trained officials. Another solution is to pass laws to have stronger regulations on the overall zoo. There are many things we can do to prevent the mistreatment of animals in zoos, but when it comes down to it people just need to use their common sense on what is and isn't right for the animals.

In conclusion, we are doing an alright job of taking care of animals at zoos but there is still much room for improvement. With stronger regulation laws, better trained care takers, and happier animals, zoos would benefit not only with healthier animals but more profit due to more people wanting to see more productive animals. Not all zoos are bad, but it is the zoos that mistreat their animals that ruin it for everyone. Overall, Mr. or Madam president thank you for reviewing my letter.

animal abuse awareness problem zoo
Published on Nov 8, 2016
Report a problem... When should you flag content? If the user is making personal attacks, using profanity or harassing someone, please flag this content as inappropriate. We encourage different opinions, respectfully presented, as an exercise in free speech.
Yreka High School

Gun control laws should not be passed.

The Massive Expense of College

The cost of college is very expensive for middle class students. This letter explains that if the government cut college funding, colleges would lo...

Thousands of Americans struggle with not having a home. This should be dealt with more efficiently.

This is a short movie about an immigrant's view on violence in this country.

Refugee Resettlement Programs in the US

The programs in place in the US to help refugees are pretty flawed, and could use some changes.

Every pet should have a home

This is a letter talks about street animals and that they should have a home and a caring family that loves them.