Many females in the United States are getting pregnant very often. And it is happening at a young age(16-18). When teens find out that they are pregnant they finally realize that they are too young to take care of a child, so that's when they either choose to have an abortion or give their newborn up for adoption. An abortion is the most popular choice that is finalized by the teen.

Many Americans view abortions as an easier way to get away with murder. Many people do not realize that the child does have a life it doesn't matter if the fetus is not considered as a baby yet, you're still carrying a life around in your womb.  I agree with the writers of debate.org because they say, "In my opinion, I see abortion as an act of murder to the most defenseless, an unborn baby." 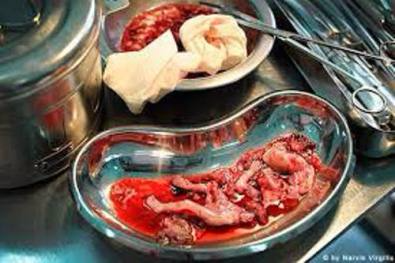 abortion
Published on Nov 8, 2016
Report a problem... When should you flag content? If the user is making personal attacks, using profanity or harassing someone, please flag this content as inappropriate. We encourage different opinions, respectfully presented, as an exercise in free speech.
Aberdeen High School

Sex Education MUST be taught in schools

Just as schools are critical settings for preparing students academically, they can also help teens take responsibility for their own health.

Marijuana Should Be Legal!!

Future president, I think you should set an example for all races.

Police Brutality is wrong and it must stop!

Abortion could be legal and Illegal.

How important is immigration to you?

This shows my view on Abortion and what I think should be changed to make it less controversial.

Theres a life depending on you.

My Body, My Choice

My letter highlights the moral and legal issues involving banning abortion in the United States.

Abortion is a matter that needs to be dealt with in America.