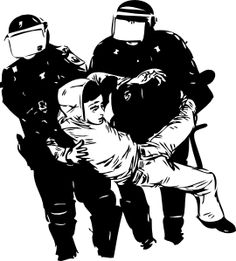 Like in San Diego,California and Charlotte, North Carolina.It has happened every where and that’s not good at all because it has happened to African Amaricans. A whole lot of protesting is going the U.S too.It’s not good for Police to keep doing this because this is Racist. I think this should stop because a lot of people are losing their loved ones all because a cop thought he had some type of weapon on him but what if he didn’t that mean because if he did have a gun you could arrest him. It’s kinda hard for me because i live in San Diego and I see these signs about the shooting that happened in El Cajon and that was sad when I heard it on the news.

So I think that you should stop this because this is very bad for people, there’s some bad people around this world. I think that the police department should stop this because a whole lot of people are getting so mad at police even if they see a cop car. I saw this video where this African American Man was walking and he had saw a lot people were jumping on top of a cop car and it was crazy. I am going to give some facts about my topic, So one of them is that 791 people were shot and killed by police in 2016. Also about 94 police officers were wearing body cams on them.

So i just want to say that you do get this letter i just want to say that thank you for reading this letter because this means a lot to me.So a whole lot has happened to this world and a whole lot of families and friends have lost some loved ones for police brutality and Racism.To be Honest i really don't like these type of things going on in the Country.So this is what i think about Police Brutality and Racism.

Racism race black lives matter violence
Published on Nov 3, 2016
Report a problem... When should you flag content? If the user is making personal attacks, using profanity or harassing someone, please flag this content as inappropriate. We encourage different opinions, respectfully presented, as an exercise in free speech.
Health Science Middle School

Immigration has been a very common problem, well I think that the future president should fix that problem. But with NO damage.

Immigrants finding a way to move to America, for a better life.

Cancer is nothing but a matter of time.

Planet Earth is greater than the United States alone; how can we support the global effort to take care of our globe?

Ethics of our country

Letter to the next president.