I believe that animal cruelty should be put to an end. Why? Well, one reason is, people like poachers are killing animals for an unknown reasons or maybe because they have no food left in their homes, so they go out in the wild to hunt for some animals. Mostly, the even hunt for turkeys, so they can have for thanksgiving or any other special celebration they have going on and most people are saying to put this cruelty to an end and let the animals live and be free and I agree.

So you should gather all the people as a community and either raise money to volunteer to go out into the wild and save the animals and either put them in a secret hiding spot or take them and put them in shelters so that when hunting season is over, they can finally be free and live their life as it is and enjoy nature. Also, the hunters that are killing the animals, we should give them some advice and money to buy food and save food.

Now, here are some facts about animal cruelty. One of them is that, “Pets are not the only one being abused. Animals in zoos, and places like seaworld are also being abused.”(Letter to the President Paper) Another fact about animal cruelty is that, “The owners or zookeepers don’t feed their animal then that’s how they starve to death and perish because they don’t get the love and care from their owners or zookeepers and the animals feel like they’re being left out.” (The Humane Society of the United States).

In conclusion, I re-state that animal cruelty should be banned from here on out and the people that are killing the animals for an unknown certain reason, then they should go to the supreme court and should be locked up in prison for a good 30 years, in my opinion. Then again, the reason why we should put animal cruelty to an end because the poor animals are being treated horribly and badly and they are not getting the love and respect they get. Also, we should also help other animals who are being left out on the streets and help those animals that are endangered. 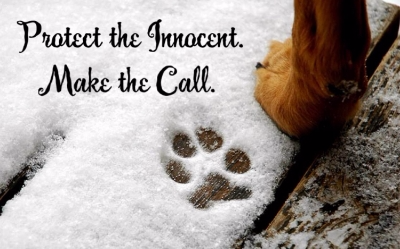 Women deserve the right to choose what happens within their bodies.

Stolen valor is the act of an individual portraying themselves as current or former military members when they have never served or completed servi...

My letter here is a letter about animal abuse problems. There is also some solutions