I’m writing to you to address the issue of minimum wage. Millions of hard-working Americans across the nation are not receiving the pay they deserve. By raising the minimum wage, families who need it the most can receive financial support and new jobs can be created for other Americans. According to the Washington Post, about 60% of Americans are living with a “minimum” wage slightly higher than the federal $7.25. Therefore, I believe it is time for the U.S to raise its minimum wage. I believe you as president can change this by implementing a nationwide minimum of at least $10.10.

Increasing minimum wage assists workers. According to an article by Sarah Shemkus of salary.com, "By increasing workers' take-home pay, families gain both financial security and an increased ability to purchase goods and services, thus creating jobs for other Americans."If workers are paid more, they would have pocket money to pay for goods and services that would otherwise be unable to purchase, leading to the opening of more job opportunities for others.

A raise in the minimum wage also has beneficial effects on the economy. As stated in the article, “Should the Federal Minimum Wage be Increased...the current rate of $7.25 an hour to $10.10 would inject $22.1 billion net into the economy and create about 85,000 new jobs over a three-year phase-in period.” If this is true, over a quarter million jobs would be created in a 10 year span. These jobs would benefit the unemployed and the upcoming members of the work force.

In Conclusion, the possibility of raising minimum wage has many more pros than it has cons. By raising minimum wage, people who need it will get enough money to get by, more jobs will be created for the American people, and the economy would be boosted. There would be fewer people on government support, and less unemployed citizens. Increasing minimum wage would not only benefit underpaid citizens but also the nation as a whole. I believe you that you, as president of the United States, can recognize that the issue of minimum wage can and should be solved during your term. 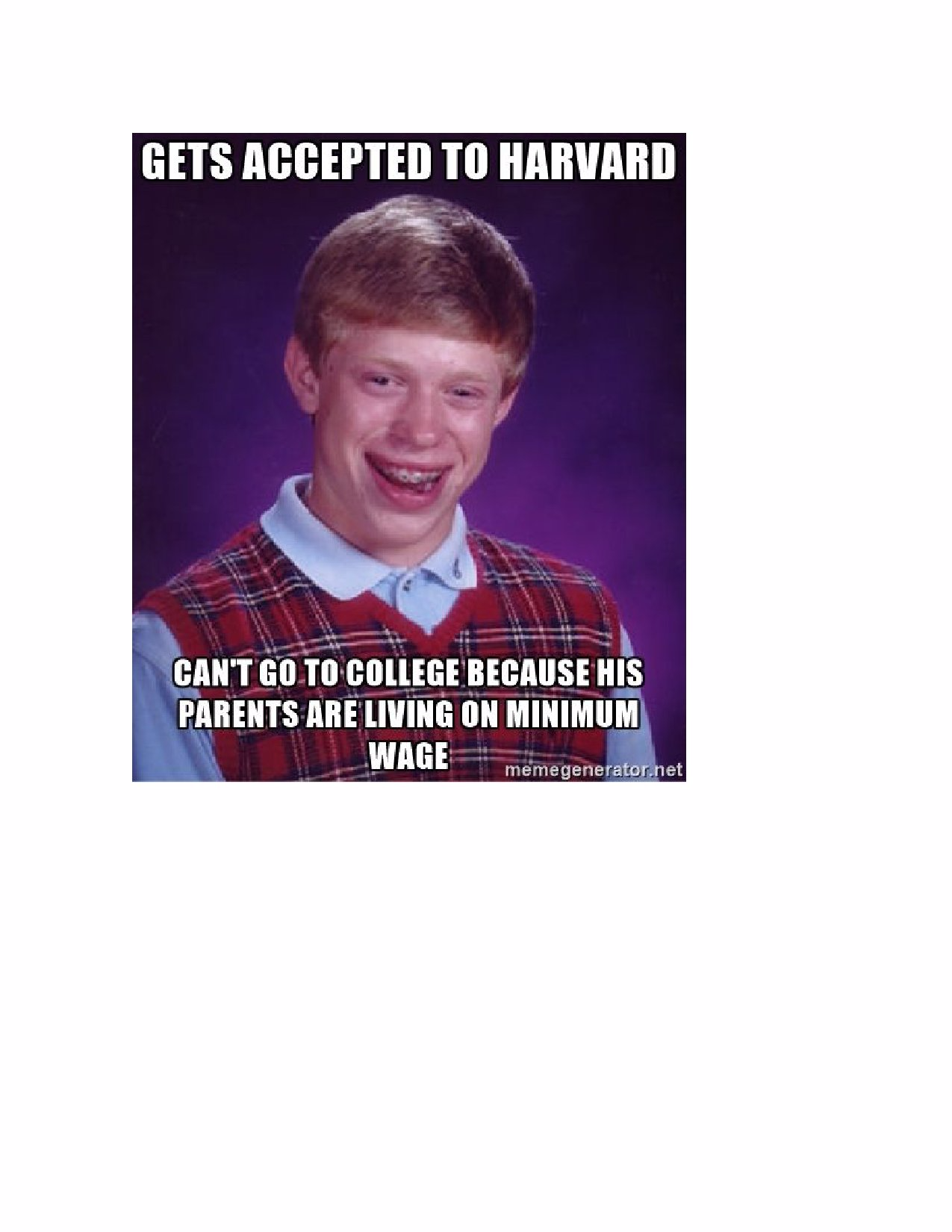 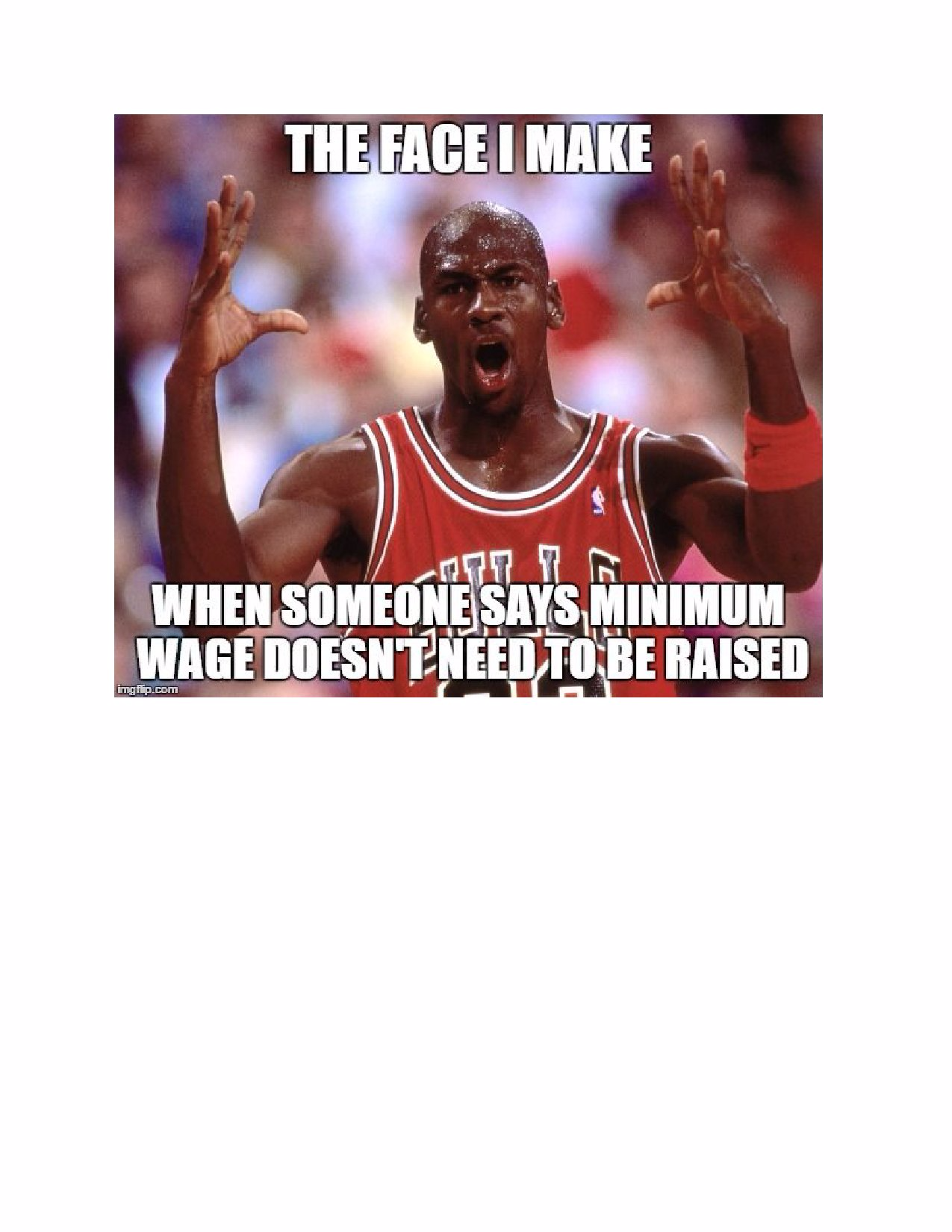 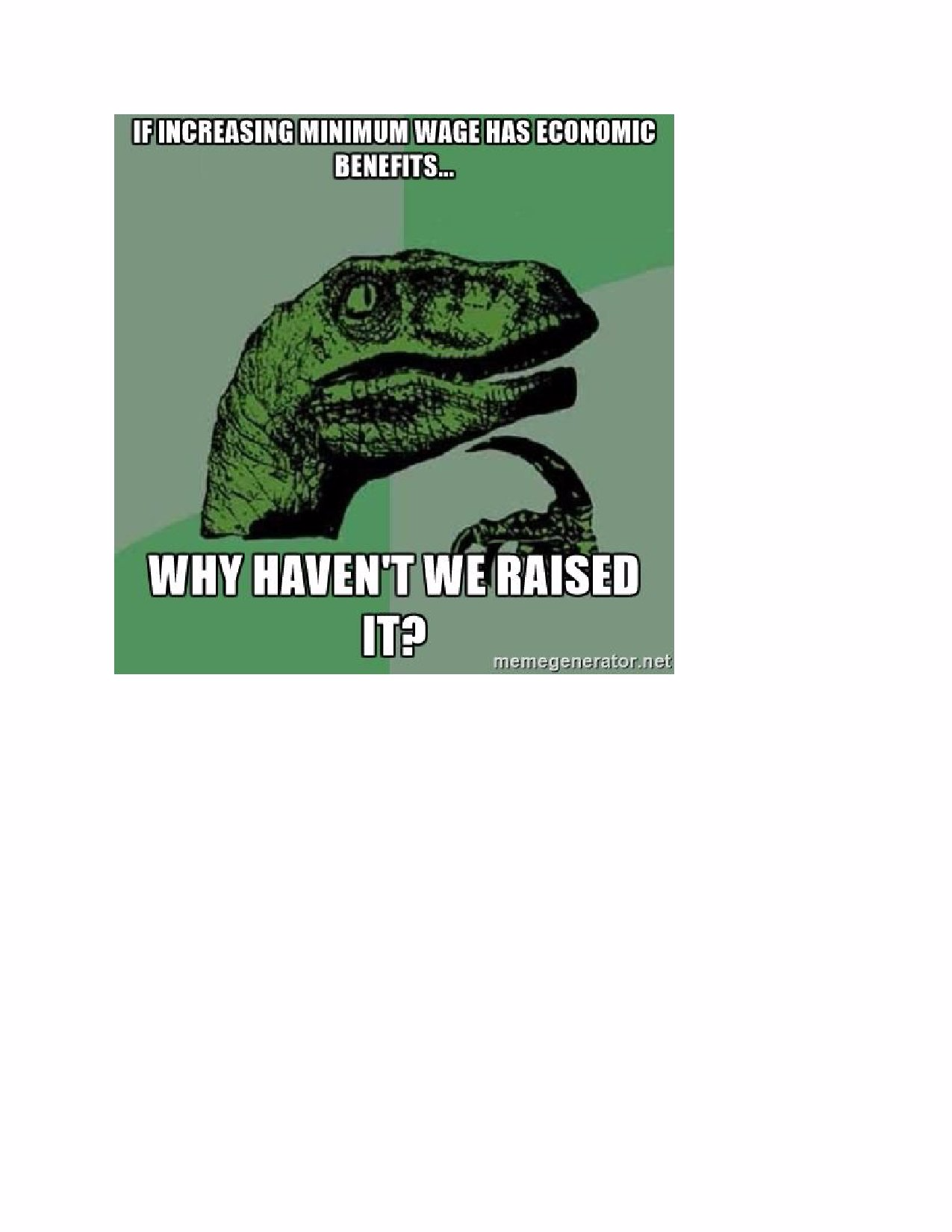 government economy workforce minimum wage unemployment
Published on Oct 9, 2016
Report a problem... When should you flag content? If the user is making personal attacks, using profanity or harassing someone, please flag this content as inappropriate. We encourage different opinions, respectfully presented, as an exercise in free speech.
Bernal Intermediate

Why minimum wage should be repealed

A letter to you, from yours truely

The U.S. Economy is not in terrible shape, but it’s not in good shape either. I would say it’s merely just stuck. It will be hard to get out out of...