The killings of black males has increased dramatically since the 80's and 90's. In the 80's there was still racism but even today there is racism in ways we don't realize like in school there is bullying by students onto other students of color because of the way the look or their religion or because they are Muslim and wear a hijab or because they are a student of color and dress differently then other people. Black lives do matter and just because of our skin color doesn't mean we aren't humans because all people of every race are humans, despite the stereotype that cops put on black males. The question we probably all have is why is racial profiling/police brutality targeting our young black males? 80 percent of black males that have been killed it has been by gun violence,15 percent is Hispanic and 5 percent is white and other race and 75.3% of black males, 21.9% of Hispanic and 2.8% of white nd other races were unarmed and shot and killed. But why are black males being targeted by police is it racism is it racial profiling or is it a hate crime that will be solved by the cops who shoot black males in the trial when they are tried to go to prison for hate racism or racial profiling crime. 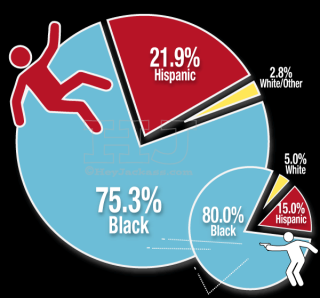 Cobb,Jelani " No such thing as racial profiling there is only racism", New Yorker,12-4-14, www.newyorker.com/news/news-desk/Eric-garner-racial-profiling

raical profiling against young black males black lives matter
Published on Nov 22, 2016
Report a problem... When should you flag content? If the user is making personal attacks, using profanity or harassing someone, please flag this content as inappropriate. We encourage different opinions, respectfully presented, as an exercise in free speech.
Craig High School - Ms. Tucker's English 9

I am going to tell you why you should start worrying about the drug cartels that are going on in the United States.

Dear Mr.President here are some reasons co2 is to Blame. Co2 to blame? Co2 is destroying the earth:ex:co2 pollution in the water,air and in the so...

Letter to the President.

I think that teachers are underpaid so I did some research on it... It turns out that they are more underpaid then I thought. I also found out that...

I am writing about modern slavery and the sexual exploitation of women and girls...

the threats and possibilities concerning nuclear weapons in modern day