I am sure that at this time there are many issues on your mind about problems all throughout the nation that need to be fixed. Topics such as racial profiling, gun violence, and abortion are probably at the top of your list of problems to solve in our nation. Along with these, there come hundreds of thousands of other issues needing solutions. I write to you today in regards to an issue that I think is very important, but at the same time, is often overlooked. My concern is about the environment and the issue of people not recycling.

It seems like a problem with an easy fix; tell people to recycle and they will. Unfortunately the solution is not that simple. Even though homes are provided with recycling specific containers and people hear the phrase reduce, reuse, recycle everyday, they still don’t recycle. In fact, according to the Brigham Young University, the average household throws away 13,000 pieces of paper each year. Speaking for myself, I know that I am guilty of occasionally being too lazy to throw recyclable objects into separate containers, and instead throw them in the general trash. Unfortunately my occasional laziness may reflect a majority of the United States population.

At first this occasional act of combining recyclable materials with general trash may not seem like a large issue. How does recycling really help our environment anyways? Everyday in our country the issue is brought up about renewable energy and energy sources. Recycling helps alleviate this issue by saving a lot of energy. The amount of energy needed to recycle products into new products is much lower than the amount of energy needed to make an object out of raw materials again. In fact, producing new plastic from recycled material requires only two thirds the amount of energy used to manufacture plastic from raw materials. Recycling is such an easy method for saving our nation energy that it seems like a no brainer. This is why I don’t understand why people don’t recycle. Perhaps people don’t have many recyclable objects at home so recycling isn’t necessary. What about other public places though? Something that really shocks me is that at my own public high school they don’t recycle. There are blue recycling bins in every classroom but in the end everything gets thrown together in the trash. This doesn’t seem right to me, as schools use the most paper out of almost anywhere that I know. According to the National Wildlife Federation, paper can account for nearly 60 percent of school waste. This is one of the reasons why the issue of recycling has struck out to me as being an important issue. I believe that more laws should be put in place about recycling, and where and what gets recycled. Recycling laws are different in different states and I don’t think that this should be the case. Recycling helps our entire country, so I believe that the whole country should be required to recycle the same items and the same amount.

I’m not trying to tell you how to do your job, and I know that there are issues in our nation bigger than I can fathom, but that’s why the simple problem of not recycling should have a simple solution. It is your job as president to educate people about the benefits of recycling, perhaps create stricter laws about recycling, and finally enforce the regulations that are in place. Our nation is growing lazy, whether you can see it or not. Since when has choosing whether to throw something in bin A or bin B been a difficult task. Now is the time to solve the simple issues and then fully devote your time to larger issues, with the assurance that the world will stay healthy and clean. 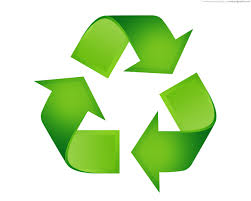 waste environment green recycling
Published on Nov 2, 2016
Report a problem... When should you flag content? If the user is making personal attacks, using profanity or harassing someone, please flag this content as inappropriate. We encourage different opinions, respectfully presented, as an exercise in free speech.
Wauwatosa West High School

Illegal immigration has become a problem over the years. About an estimate of 11.1 million immigrants have been placed here for a better life. Are ...

I am going to be talking about gun control.

No to Gun Control

I want the future president to say no to gun control.

We need to control the illegal immigrants entering the country.

Women are not being treated equally compared to men and that needs to change now.

Fossil fuels are destroying our environment by causing global warming.

GMOs and the harm of Ignorance