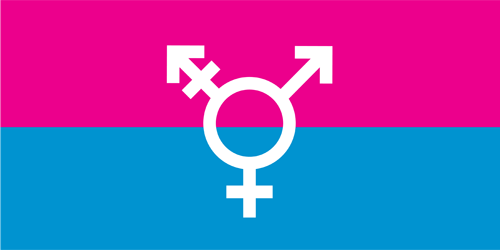 Please listen to those who are scared to go to school the next day or even those who are happy it's Friday so they won't have to feel that fear . But then there’s Monday and that fear is back . 90% of trans feel unsafe at school because of their gender expression. There are deaths because they don’t want to be here anymore because of their being judged or even bullied. Just image the fact of you dropping your child off at school and then when pick up time comes you see police cars and ambulances . The first thing you think is it's your child that either being arrested or that's hurt . Your rush out of your car and try and run through that yellow tape they have blocked off . You find out that it's your child that's been harmed . I’m not against transgender I stand by it because they are normal people and no one deserves to get hurt.

O’Connor states that the law “Specifically permits educational institutions to provide separate showers based on sex , provided that the separate facilities are comparable .” Transgender people feel uncomfortable when going to the bathroom . There are times when people get bullied because of the choose they made to change their gender. On ABC news there's a teen named Corey who was born with the same name , but was assigned male sex at birth. Corey was bullied for being transgender when she was younger .One of her incidents happened when a child attended the same school as Corey , pushed Corey down a hill . Corey landed in frozen ice . Which was causing injuries to Corey's face .

So I ask you again next president please help those who get bullied everyday  this is getting out of hand and needs to be stopped . I ask you please don't hesitate because it's not your child. 78% of trans have been verbally harassed at school. 48% have been victims of assault. 41% of trans youth have attempted suicide. When is this going to get dealt with . How many innocent people are going to die before you do something ? All I ask is for you to stop all of this and do whats right for those that do right .

transgender transgender rights
Published on Nov 7, 2016
Report a problem... When should you flag content? If the user is making personal attacks, using profanity or harassing someone, please flag this content as inappropriate. We encourage different opinions, respectfully presented, as an exercise in free speech.
Cristo Rey Philadelphia High School

This letter contains reasons why we should stop gun violence.

This letter is about poverty and what the President can do about it.

People moving to the US