I realize that there are many big problems within our country that are yet to be resolved, but one problem that really needs to be tended to is drunk driving. Intoxalock.com says “In 2013, 10,076 people were killed in drunk driving crashes- 1 every 53 minutes.” Even if that number doesn’t seem like a lot to you, that's just the total number of deaths! Many more people are seriously injured in the crashes, and some of them may never recover from these injuries. According to MADD.org, “A person is injured from a drunk driving crash every 2 minutes.” We need to make changes to the laws and restrictions. Just remember, it could be you and your family on the bad end of the accident.

It is clear that the most common most easily obtained alcoholic drink is beer. Beer is sold almost everywhere! Supermarkets, grocery stores, bars, etc. But the most important place where beer is bought is at gas stations. Why should beer be sold at a place where people are going to get right back on the road with a tempting 6-pack sitting in the passenger seat? I think it should be illegal to sell beer at gas stations and small convenience stores. According to Narconon.com, “Alcohol is a drug because it is an addictive substance.” So why should drugs be sold at a gas station where it’s so easy to obtain very discreetly? You may think that buying alcohol anywhere is not very secretive, but, who are you going to see inside a convenience store that you know? Nobody will question it!

The drunk driving laws and punishments are soft in my opinion. Think of it like this: an illegal gun is a deadly weapon, and a car with a drunk driver in it is just as deadly. But the punishment for drunk driving is only 6 months jail time for a first time offender, compared to the 2 years of someone wielding a gun without a permit. If a gun and a drunk driver could both kill people, why should drinking and driving have any less punishment than owning an illegal gun? According to gunviolencearchieve.org, 12,593 people were killed by guns in 2013, and according to intoxalock.com, 10,076 people were killed by drunk drivers in the same year! So even if you think guns are a lot worse than drunk drivers, look at the stats! They’re too close and too high for just about every person's liking.

As highway patrol and as citizens of the United States, we need to start to identify more drunk drivers before a problem or an accident occurs. According to dosomething.org, “Drunk drivers will drive under the influence of alcohol 80 times before their first arrest.” Think of all the things that could happen in those 80 times, all these people are simply getting lucky and dodging death. A person might want to blame the police as the reason for all these people not being caught for their wrong doings, but you can’t expect an officer to look through thousands of people to find and identify a drunk driver. This is when they need the help of the average American. We as people can see when someone is swerving in a lane, running through stop signs and traffic lights, and cutting people off with reckless driving. A campaign needs to be started to advise people to report what they see. It would save so many lives if you would just call in what you see! It might make people angry of getting a false accusation for drunk driving, but would you rather get pulled for no reason or have an innocent life taken away? Saving an innocent life is worth more than some of your time.

So Mister/Madame President, I hope you will take my letter under consideration for the well being of this beautiful country we live in. Drunk driving is an obvious problem we have here in the United States and around the globe! Some really simple things could change the death and injury numbers drastically. All it will take is your power and voice to save thousands of lives. 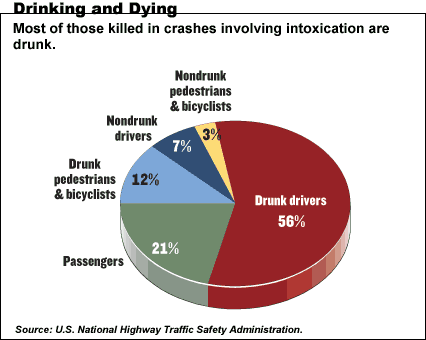 cars alcohol and drug abuse
Published on Oct 6, 2016
Report a problem... When should you flag content? If the user is making personal attacks, using profanity or harassing someone, please flag this content as inappropriate. We encourage different opinions, respectfully presented, as an exercise in free speech.
Weddington Middle

My Letter to You, Future President

With power resting in their hands, the future president faces many concerns that require attention.

Drug Abuse in the U.S

Texting and driving laws should be enforced more because people think that it is okay to text while driving and people are being killed and distrac...

Why we need to fix alcohol abuse