I think we should pay more money for cancer research. According to News & Observer, the Consortium for Canine Comparative Oncology, or C3O, is trying to make enough money to do projects to help prevent cancer, but they don't have enough. My grams (grandmother) has breast cancer and is going through chemo, and there are many different side effects that could affect her, but she is one of the lucky few to only have 3 side effects, which are blood loss, excessive bowel movement, and hair loss. But there are many other side effects to chemo, like vomiting, loss of ability to walk, and nueropathy. But many other people would say we don’t need anymore money going to cancer research, but that is because they probably haven’t been through cancer in the family. My family has many people with cancer, like two of my great grandfathers, one of my great grandmothers, two great uncles, one great aunt, an aunt, and a friend’s grandmother, who died to cancer.

Some amazing cancer breakthroughs have come from treatment testing that had the correct amount of funding, but the amount has lessened in general. Like immunolight therapy,(News and Observer) there are many treatment tests that need more money to run properly. Immunolight has worked in dogs and they are trying to make sure it is fail proof. Some might say that these treatments would be ridiculous to pay for, but the same was thought of t-cell transplants, and my great uncle Del was one of the test subjects for t-cell transplants.

Chemo has killed many because of it destroying healthy cells along with the cancer cells. According to ‘telegraph.co.uk’ “research showed that cancer drugs are killing up to 50 per cent of patients in some hospitals.” This scares me because another fact from the same website is “For the first time researchers looked at the numbers of cancer patients who died within 30 days of starting chemotherapy, which indicates that the medication is the cause of death, rather than the cancer.“ this is even scarier because chemo users that die may not even die to cancer, but instead the dangerous alternative. Yes, some may say that 50% of all people don’t die to chemo in all hospitals, but they said some hospitals, not all. Either way, future president, please consider this when you are elected, this would mean a lot to me, my family, and all the others who are going through this hardship.

My family history for cancer 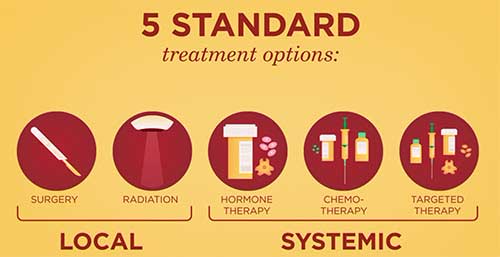 health Taxes cancer treatment research
Published on Oct 6, 2016
Report a problem... When should you flag content? If the user is making personal attacks, using profanity or harassing someone, please flag this content as inappropriate. We encourage different opinions, respectfully presented, as an exercise in free speech.
Weddington Middle

Medical Marijuana Should Be Legal

Medical marijuana should be legal because it can help cancer patients with their pain.

Citizens are not educated regarding vaccines