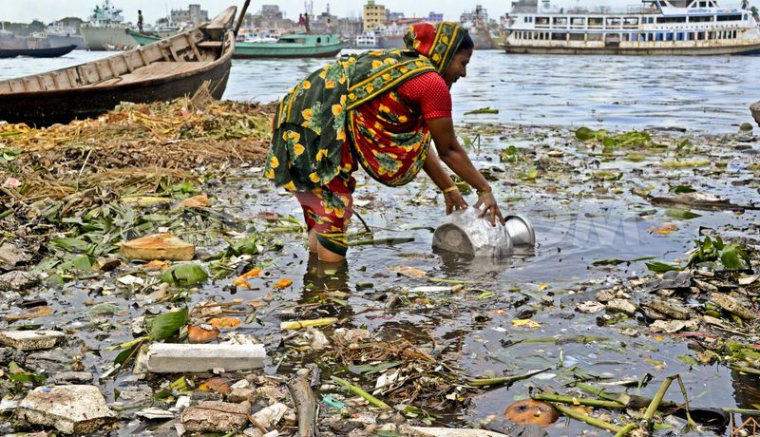 Water pollution is a huge problem not only in the United the entire world. According to National Geographic, there are 4.8-12.7 million tons of plastic flowing our oceans right now. As our populations tend to grow over the next few of number will increase. We can't fix this problem on our own, that's why we need you.

Let's start off with the fact that water is the main source that every living thing needs in order to survive. But what good is having access to water if it isn't able for anyone to drink. About 783 million people in our world today don't have access to clean water or any type of sanitation. According to a study found on CNN, millions of Americans may be drinking water with unsafe industrial chemicals. Now this might not mean much to you, but it does mean a lot to the millions of adults and children drinking this water. These toxic waters could cause hepatitis A, lead poisoning, Malaria, cholera, and so much more. Every 10 seconds one human being is dying from drinking dirty waters according to The World Counts study. I ask you Mr. or Mrs President, how would you or your loved ones feel if put in that position?

The next trouble that we face today with water pollution is the animals that are being affected by it. According to a study on Takepart.com as we know of , there have been 44,006 incidents of animals being tangled or swallowing pieces of trash or plastic. 80% of these incidents were either fatal or the animals were injured. Us humans are affected through the animals that live in these toxic waters. The fish that we capture could be carrying many diseases that are caused by water pollution and we may consume those diseases. These are just a few of the effects that water pollution has on animals in our world today.

I understand that water pollution is a huge thing to fix. Many people might just say pollution is the least of our problems that we face today. Sure, it might be a huge problem that won't get fixed overnight but what's the worst thing that can happen for not trying. According to National Geographic in 2010 there eight million tons of plastic trash in the ocean caused by only the coastal countries. There are so many easy ways that would help these numbers go down such as producing and using more eco-friendly products, dispose of any type of chemical waste appropriately, recycle, and raise consequences for littering on ground or in any bodies of waters.

Therefore our country, our world is in critical danger. If we just leave this problem alone, this may be the biggest problem that destroys us all. As the next president of the United States, be the one to actually take charge and do something about this issue. We need to stick together before it's too late.

marine life water pollution pollution
Published on Oct 6, 2016
Report a problem... When should you flag content? If the user is making personal attacks, using profanity or harassing someone, please flag this content as inappropriate. We encourage different opinions, respectfully presented, as an exercise in free speech.
Weddington Middle

Though the government is trying, the amount of pollution still increases harmfully.