13.3% of Americans are immigrants. The jobs that immigrants take the jobs that Americans don’t want. Immigrants come to the US to have a better life. People always think bad of them. People think that immigrants come here to sell drugs. Immigrants want the same thing as Americans. Some immigrants call themselves Americans, because of how hard or bad there life was back home. Americans always complain about not having a job. There is always a job in the fields. Americans just don’t want to be in that heat and work condition. Yes, some Americans will do it, but none of them will last as long as immigrants. “According to the EPI’s report, immigration’s effect on employment depends on the economy. If the economy is weak and does not respond well to change, in the short run an increase in immigration could have the effect of reducing the number of jobs available to native-born workers, particularly those with lower education levels.” - Jacob Passy. I agree with this quote 100%. The information that I found isn’t that shocking. Americans guilt immigrants for taking “their jobs”, but yet the jobs that immigrants are doing aren’t the best and are always in the worst condition. Immigrants help us out. Everyone thinks that immigrants just make things worse. The ways that immigrants start a business. According to the Small Business Administration, immigrants are 30 percent more likely to start a business in the United States than non-immigrants, and 18 percent of all small business owners in the United States are immigrants. Also, not all immigrants are poor. Immigrants work as hard as they can and yet they still get food on the table. 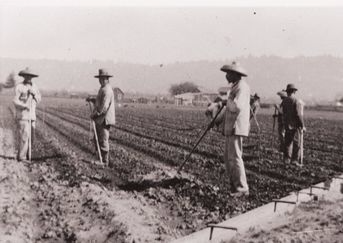 immigration
Published on Sep 27, 2016
Report a problem... When should you flag content? If the user is making personal attacks, using profanity or harassing someone, please flag this content as inappropriate. We encourage different opinions, respectfully presented, as an exercise in free speech.
MCAA

We can stop the californian drought.

California is in a drought and we can fix it!

Adoption is Always an Option

I am pro-life. For many, that is hard to understand, even more to respect, since today many teenagers my age,17, support the practice of abortion. ...

How schools should be.

School is a place for students to achieve their education, NOT a prison of stress and overwhelming work.

SAY NO TO CHILD HUNGER

Child hunger is a worldly cause. I- and I know so many more people- would like it to stop. I desperately encourage donating to funds and fundraiser...

Give US a Chance

Most immigrants in the Unites States took a risk on leaving their families to have better lives and chances toward their future.

My letter is about the reasons that the immigrants have to leave their countries.

Immigrants Need a Chance in America

Illegal immigrants come to America to start a better life and they should be able to do that because they are looking for an escape from poverty, a...

My letter is about all the solutions that have come up to solve the immigration problem but in this letter I addressed how you can't use just one o...

My Perspective on Immigration