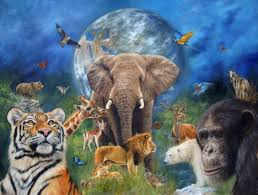 Not a lot of people in this world can agree on what I have to say. I am still noticing the horrible actions the Earth has taken. Animals are dying due to the so called intelligent creatures… humans. You might not agree with me but this letter is the concern I care deeply about as an american citizen.

Over the years many animals have suffered the horrible consequences of death. Numerous of species of animals went through the tragedy of extinction. Different species that went extinct had lots of history engraved in their ancestors. Now we have killed many links to the past and maybe even life outside of this planet.

The extinction of animals has two major causes. The first major cause is humans, we kill off the animals with new advancement of technology. Also the growth of human population means that the forests soon disappear which causes the animals to die. The other major cause is natural causes. Natural causes tend to be from old age, lack of food and water, sickness, etc.

The death of the animals affects the whole world itself and the many creatures in this planet. Every animal species that went extinct effects the other animals in many ways. The animals then evolve into a different species killing of the original species. Which slowly kills the links to the creation of this world. Humans tend to think they are not affected, but we are. The animals that have died can no longer kill the pests today such as cockroaches, mosquitoes, mice, flies, and etc. The world itself gets affected by animal extinction, The plants die off without the help of animals keeping the population down. Which kills the ecosystem and food chain/web of life.

In this world many reasons lay upon the death and life of the animals today. A major reason that affects me personally is humans. Most of the population today cares about them and other humans. We don’t take animals into consideration, typically thinking that we are more intelligent and advanced from them. We evolved from them so without animals today there would be no humans, they know how to survive the wilderness while we inclose ourselves in houses and we test on them. The animals could have something way different in their DNA over the last 100 of years to do evolving to keep thriving while we over populate. So to see if the experiment will work on humans you have to use humans as test subject not killing millions of animals to have an idea if it will work on humans. So we should stop abusing the animals who have no say in life.

So I am asking you President will you take my thoughts into consideration out of many issues in this world. Are you willing to stand up for the animals who have no voice in this harsh world. Will America, Land of the Free, be able to keep the forests,hills,and nature environment our founding fathers established as America our will it be a deserted waste land where life can no longer sustain itself. I am pleading to you President help those who need a voice in this world(the animals) and make America, Land of the Free. This is in your hands President. What will it be life and happiness or death and destruction.

animal abuse extinction nature
Published on Sep 27, 2016
Report a problem... When should you flag content? If the user is making personal attacks, using profanity or harassing someone, please flag this content as inappropriate. We encourage different opinions, respectfully presented, as an exercise in free speech.
MCAA

Dear Mr. president I am writing you this letter to talk to you about animal rights. The first thing I worry about is all the animals in zoo’s. ...

Earth's reefs are dying and everyone needs to do their part to save them.