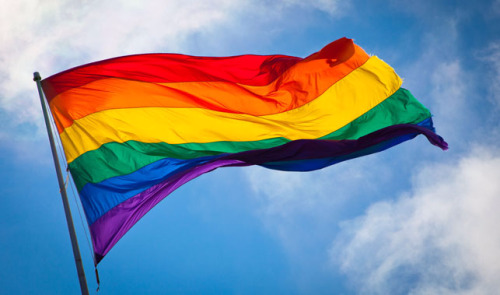 The LGBT community has been treated unfairly for centuries. The people who are member's of the LGBT community are also part of our society, so why should they not be treated just as "normal" people are? They all bleed the same blood, shed tears and breath the same air so what's the difference! A survey recently given by the pew research center states of the 1,197 LGBT adults surveyed, more than half of them feel they have been stigmatized by society. About 39% say that at some point in their lives they were rejected by a family member or close friend because of their sexual orientation or gender identity, 30% say they have been physically attacked or threatened, 29% say they have been made to feel unwelcome in a place of worship, and 21% say they have been treated unfairly by an employer. We're all human so when it comes to and Lgbt persons rights and discrimination why does it become a problem to some?

Every day someone of the LGBT community is treated in a way know one else should/would want to be treated. There beaten, stabbed, killed spit on, called names and harassed by the public. If the community is such a problem, why did President Obama make it possible for people of the same sex to legally marry ? Because, love is love and know one can stop a person from loving someone. If our American community has so much spite for people who are members of the community why hasn't something been done about it, like separate bathrooms maybe? I think that would end many of the dangerous public restroom altercations and could end a lot of the violent homophobia that many people don't seem to know how to control.

I just want the American society to give peace to the LGBT community and give them the respect that they deserve. Know one wants to be treated as though they don't have a place here on earth, everyone is and was put here for a reason. If the LGBT doesn't get there peace then that's proving America wrong and making it all seem as a faux. Iv copied a link of a very powerful video on YouTube and I hope it may do some justice for some people and maybe even be an eye opener to others.

lgbtq rights
Published on Nov 1, 2016
Report a problem... When should you flag content? If the user is making personal attacks, using profanity or harassing someone, please flag this content as inappropriate. We encourage different opinions, respectfully presented, as an exercise in free speech.
Delta Charter School

What does the future hold for NASA? It depends on the next president.

How truthful are you?

HOW TRUTHFUL HAS THE NEXT PRESIDENT BEEN AND WHAT CAN WE EXPECT IN THE FUTURE?

Abortion is a serious problem, even criminal. It needs to come to an end.

With presidency, comes great responsibility. He/she has to be prepared for duties, such as solving the issues of citizens, and just being a great ...

We need to educate people on food education.

I am a 16 year old high school student who believes that everyone should be treated equally in this country.

Many members of the LGBTQ+ community everywhere feel like they are not welcome in this country and this article says why.

Don't Fret, they aren't a threat

The discrimination of a large group of people based on their gender identity.