America, our country, was built by immigrants. Pilgrims who came across the sea looking for better lives, slaves torn from their homes and forced into a completely new world in which all they stood for was forced labor and the heartache of so many lost forever-ago's. Refugees fleeing pain and persecution from so many bloody, senseless wars are also a part of this country’s fabric. Many of, such as myself, are a mix and combination of these different peoples. My mother is a refugee from El Salvador. She emigrated here when she was fourteen- fleeing the civil war in El Salvador. My father’s family came here as pilgrims so long ago that our family has no records of it.

People have come from every country in the world to be here in our great nation. People are still coming every day. We as Americans are quick to forget this history. We forget that immigrants and refugees are very integrated into our culture- they are a part of us, we are a part of them. They are us, they are part of the “we”. We forget that America was built by immigrants, fed by immigrants. Every person you see walking down the street- they are an immigrant or the daughter of immigrants, or the grandson of immigrants. Down the family line, most Americans can find an immigrant ancestor.

Refugees and immigrants are the blood that pumps through the veins of America. They build our houses and clean our hotel rooms and fight for our children’s education and check out our library books and so much more. And yet we still fight them. We think refugees and immigrants are bad- because why? Who knows? I don’t think we have good reasons. And there really aren't any. We say they take our jobs, but who are they taking our jobs from? What do people mean when they say immigrants are taking “our” jobs? Those same very people who say these things fail to remember that they themselves are the sons and daughters of immigrants, refugees, pilgrims. One hundred years ago, it was their ancestors who were scrambling to get children fed and clothed and housed. And who would work for nothing to accomplish these goals. How can we possibly deny these people that right- to feed and clothe and house and educate their children?

The refugee crisis going on in the world now affects every single person on Earth. And as we are so good at forgetting, America is the embodiment of immigration. And we, the people of America, are simply not doing enough. Emigration and exile is a reality that thousands of people face. As humans and co-inhabitants of planet Earth, we should welcome and invite these people to be a part of our great America and help them in any way we can. They should receive job training, financial assistance if they need it, a safe and suitable home, good job opportunities, and, most importantly, the fundamentals that all Americans receive as citizens of the United States - kindness, representation, recognition, a voice, and acceptance. This is what a better America would look like.

The vast majority of migrants are in the 25 to 44 age range- about 56.6% (National Center for Migration Studies). This is the range that would have young children and/or older children. These young parents or young adults (25 years old) are at prime time to have families and to settle down and get a job that will support them and their families. These people are coming from many different countries. They have seen so much and felt so much and have experienced so many different things. And they bring so many amazing things- culinary traditions, for example. People don’t realize that the fact that you can step outside your house and immediately have so many different food choices- Mexican, Indian, Vietnamese, Thai, Greek, Ethiopian- all of that is thanks to immigrants. Immigrants bring religion- there are so many different faiths woven together in America. And different clothing styles, language, and experiences with which we can grow and add to our tower of knowledge. Every person that emigrates to America brings with them useful knowledge and value to the community, our country, and the world.

According to Tharanga Yakupitiyage in his article Refugees Bring Economic Benefits to Cities, UN Deputy Secretary General Jan Eliasson is the author of a new study ‘Refugees Work: A Humanitarian Investment that Yields Economic Dividends’. Legrain found that refugees and migrants are more likely to start new businesses that create wealth, employ local residents, and stimulate investment. He cites the co-founder of Apple, Steve Jobs, whose father was a Syrian migrant. This shows us that refugees and immigrants are actually- contrary to common belief- very good for the economy and invigorate the small business industry.

Currently a big voice in the anti-immigration movement, Donald Trump thinks that “While there are many illegal immigrants in our country who are good people, many, many, this doesn't change the fact that most illegal immigrants are lower skilled workers with less education, who compete directly against vulnerable American workers, and that these illegal workers draw much more out from the system than they can ever possibly pay back.” While many support and believe his words, I believe they would be surprised to check the facts. “Though welcoming refugees requires an initial investment, Legrain found that refugees can repay the money spent on them almost twice over within just five years” (Yakupitiyage). Refugees and immigrants again prove that they are well worth any trouble it costs us to get them set and situated. In my opinion, the fact that someone with the views on immigration that Donald Trump does got as far as to be nominated as presidential nominee is a pretty scary thought. For the people of America, and for refugees and immigrants everywhere. There are many wars and political conflicts, difficult economic circumstances all across the globe. So we cannot turn our backs on this pressing issue.

The world is changing. Migration of peoples is a byproduct of our geopolitical situations. The UN Human Settlements Program (UN-Habitat) estimates that by 2050, two thirds of the world's population will be living in cities. “Migration is a natural phenomenon," said International Organization for Migration's Director of the Secretariat of Migrants in Countries, Crisis Michele Klein-Solomon. “It is not a problem to be solved, it is an issue to be managed,” she continued (Yakupitiyage).

Just this brief insight into the world’s current view on immigration is enough to tell us a few things. First, as Donald Trump showed us, the world really needs to rethink our thoughts and stances on immigration. But second, we really are making progress towards a brighter future in which we welcome all people and persons, no matter their income, origin, or religion. And this is very gratifying and rewarding, although it reminds us of all the work we still have to do.

“Let us build our policies on the realization of the value that migrants bring to our societies: economic and demographic growth, development and...the beauty of diversity in our nation’s states.” Said UN Deputy Secretary General Jan Eliasson (Yakupitiyage). This is a model attitude towards immigrants: we have things to offer them, and they have things to offer us in return. It’s okay to join together and learn from other people. It won’t hurt anyone; actually quite the opposite.

And that is why I ask you, Mrs. Future President, to help join us in this battle to help welcome all people, no matter who the are, into America. We have a long road ahead of us; it will be no easy journey, and it will take every single one of us. Starting with you. 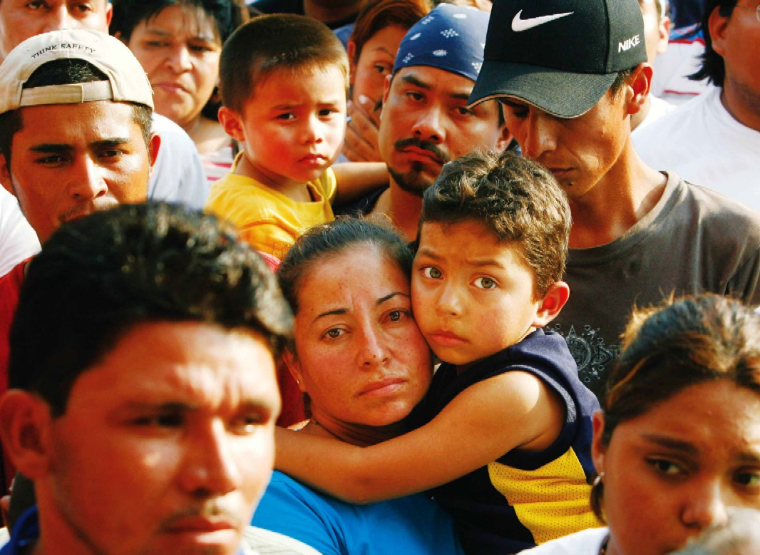 refugees responsibility immigration
Published on Nov 3, 2016
Report a problem... When should you flag content? If the user is making personal attacks, using profanity or harassing someone, please flag this content as inappropriate. We encourage different opinions, respectfully presented, as an exercise in free speech.
West Seattle High School

College Tuition is Too high

Anti-Sikh hate is discrimination and hateful crimes directed specifically towards Sikhs and often mistaken for Islamophobia.

A major problem that is occurring in the United States, yet no one has been able to figure out a solution.

They Made Their Mark

Do not deport 43 million people.