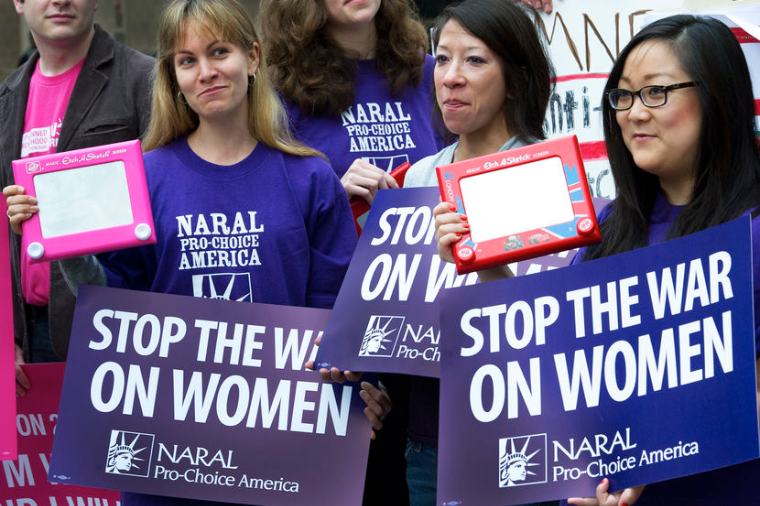 I believe that abortion is a right and should be an option available to all women.

Imagine that you end up in a bad situation. You are taken advantage of and do not give consent. Now imagine you find yourself pregnant. You are scared and vulnerable. All you want to do is forget that night of your life, but you are carrying a child of someone who you don't even know, and someone who did unspeakable things to you. What are your options? You could keep caring this child who will likely affect your life, your education, your career and almost everything about you you could give birth to a child who every day reminds me of one of the worst nights of your life. This child will likely be resented because of this, and grow up with a mother who is not prepared to raise a child. There must be something better. Abortion. Abortion can let women decide for themselves whether they're ready to take on the role of a mother. Abortion lets women decide what they want to do with their bodies. Children who are born to mothers who are prepared for parenthood generally have better lives than the ones who are born to unprepared teen moms. Abortion laws do not prevent abortion from happening, they just make it more unsafe.

Laws and religious values should not dictate what women do with their bodies. Some religions believe that abortion is murder, however why should we force every woman to abide by the laws of certain religious groups? If your religion does not believe in abortion, I have absolutely no issue with that. You should have the right to choose what you do with your body based on your own values, but you shouldn't force religious laws on to all people.

Abortion laws don't prevent abortions, they just make them unsafe. People who are in desperate situations will get an abortion by any means possible, whether that is by self harm, DIY abortions, or going to a safe Planned Parenthood clinic. Imagine you grow up in a home where your parents are extremely strict about your life. If they find out you are pregnant, they will likely kick you out of their house to raise a child while being homeless. If abortion is the only way that you can end of pregnancy, then you will get an abortion by any means possible. If the government has laws against abortion, then you will no longer have a safe way to end your pregnancy. You were left with unsafe options such as DIY coat hanger abortions, sketchy abortions by unprofessional doctors, or self harm. By keeping abortion legal, you prevent sketchy abortions and medical malpractices.

A life raising a child should not be punishment for one bad mistake. Sometimes getting pregnant is not your fault, but there are times when it is. Being forced into motherhood should not be a punishment of one mistake. According to Nancy Felipe Russo, Ph.D., "[Unwanted] childbearing has been linked with a variety of social problems, including divorce, poverty, child abuse, and juvenile delinquency." Despite problems that a mother faces when she is raising an unwanted child, it will also affect the child. A child grows up unwanted will likely feel resented, it and that could lead to depression or other mental issues. According to Elise de La Rochebrochard, "Unplanned pregnancy could be associated with an increased risk of impaired child development, low verbal ability, and low educational attainment." It is unfair to punish a child for circumstances that they can't control. When a mother is forced to raise a child prematurely, she will likely miss out on education opportunities such as college and finishing high school. When a mother doesn't finish high school or college, she likely won't have enough education to get a well-paying job to support her family. When a mother can't support her child, a cycle of poverty occurs, the child doesn't have enough money to go to college and therefore his kids don't get educated. If you let mothers be mothers when they are mentally and financially ready, then it is likely that their children will be more educated and have their lives.

In conclusion, abortion should be legal. Abortion empowers women and let's women do what they want with their bodies.

abortion women's rights
Published on Nov 7, 2016
Report a problem... When should you flag content? If the user is making personal attacks, using profanity or harassing someone, please flag this content as inappropriate. We encourage different opinions, respectfully presented, as an exercise in free speech.
West Seattle High School

Why late-term abortion should be illegal throughout the country.

The issue of Education is important because it help us built our opinion and get ready for our future.

Each year, thousands of women are dying from unsafe abortion procedures. More deaths can be prevented if women are educated on the risks and safer ...

Scientifically, the name of an unborn child is a fetus. However, it is a life. And it is a human being.

Women in America have gained the freedom, equality, and justice that they have desired. So what seems to be the problem?