Congratulations on your big win, I hope you are ready for the whirlwind of issues that are about to be thrown right in your lap. Many issues are already up in the air but there may be new issues arising in your action-packed four years in office. This could include anything from big topics like world peace, hunger, and ISIS or smaller topics like public appearances, media outlets spreading the wrong information, and one of which I am very passionate about; animal abuse.

Animal abuse, although it may not compare to terrorist attacks by ISIS, is still a problem in the United States. One area of animal abuse that makes me sick is kill shelters, these are based more in the south than anywhere else in the United States, for which I can not figure out why. Shelter- “a place giving temporary protection from bad weather or danger”. How can a place with such a peaceful and helpful definition be so violent and act in the complete opposite manner? The phrase kill shelter itself makes no sense, shelter is such a helping and friendly word but put it next to kill it makes the meaning sad and brutal.

Each year in the United States alone six to eight million dogs and cats are put euthanized each year. That mean that 55% of dogs and 71% of cats that enter shelters are killed and never get the loving home they deserve. These numbers are only the animals that are purposefully put down while in the shelters, there are thousands more that die of illness while in the kill shelter due to lack of medicine and tight unsanitary living spaces. The animal that make it out of kill shelters alive usually get sick later in their life due to the horrible living conditions, the animals that make if out alive were the extremely healthy ones going in. If all of the animals going into the shelters come out sick or don’t come out at all it makes you start to wonder what is happening inside. The animals are underfed, locked in tight living quarters with many other sick and dying animals, living in their own feces for days, and in some cases beat around as if being herded like cattle.

All in all if we changed all the kill shelters to human societies we would save many animals and make many families happy along the way by giving them a loving and healthy pet. I hope you see that this is a better option and I hope you take it under consideration when thinking of animal rights during your busy but all important presidency. 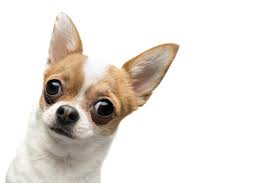 animal abuse
Published on Oct 18, 2016
Report a problem... When should you flag content? If the user is making personal attacks, using profanity or harassing someone, please flag this content as inappropriate. We encourage different opinions, respectfully presented, as an exercise in free speech.
Benilde-St. Margaret's School

Most immigrants try to cross the border and they die trying, leaving their family and dreams behind.

My letter will be about animal cruelty!

Animal testing is a cruel and has to be stopped.