I would like to hear your thoughts on the subject of animal abuse and the mistreatment of animals in factory farms. This has been an ongoing problem, andIi believe that there are not enough efforts to end this issue.

Every year, roughly 150 billion animals are slaughtered for meat. What did they do to deserve this? Chickens beaks are often cut off to prevent them from plucking each other's feathers because they are being kept in such small spaces. Pigs are often inhumanely killed by being boiled to death with no pain killers! This needs to stop. I feel there should be much more of a push toward ending factory farms.

Many of the animals don’t even have a chance. They are all hatching or being born in these horrible places in the care of their mother before they are killed for meat. Baby chicks are shoved into tight boxes, being sorted on conveyor belts depending on their gender. Most of the products we receive from these animals are low quality and are chock full of artificial hormones.

And things don’t get much better as we talk about pets. Quoted directly from humanesociety.org ,

“Government data on domestic violence cases reveal a staggering number of animals are victimized by abusive partners each year. The HSUS estimates that nearly 1 million animals a year are abused or killed in connection with domestic violence.”

Clearly, we have a big problem here, and I would appreciate seeing more efforts being put toward stopping this. 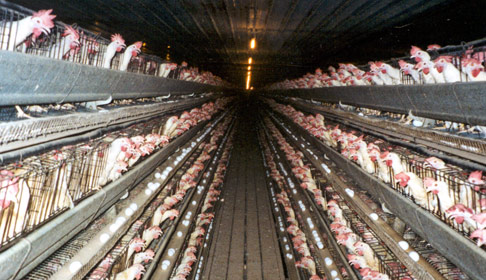 factory farming animal abuse
Published on Oct 28, 2016
Report a problem... When should you flag content? If the user is making personal attacks, using profanity or harassing someone, please flag this content as inappropriate. We encourage different opinions, respectfully presented, as an exercise in free speech.
The Birch School

An issue that needs no introduction, yet also needs to be taken more seriously

Dear Future President, I would like to congratulate you on becoming the next president of the of United State in 2016! I am sixteen years old an...

Many rights are being violated due to National Security regulations

Are You Really Against Abortions ?

There are reasonable reasons as to why abortion should be illegal and that is understandable. People argue that abortion is killing an unborn child...

WAGE GAP IN THE WORKPLACE

There is a gender pay gap in the workplace, and we need to build a bridge to equal pay. Women earn less than men for the same jobs and it’s hurting...

We need to stop using animals for human entertainment.

Animal abuse is a very mean thing and we need to end it now.

You would be horrified on the amount of animal abuse cases reported a year. Domestic or not I believe it's not just cats and dog who are opposed to...