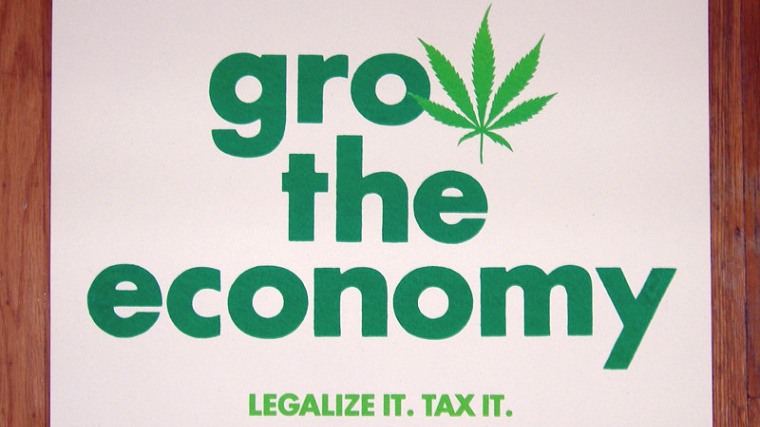 My name is Brandon Zirulnikoff. You may be wondering who exactly I am. I am merely a citizen of the United States—a student, more specifically—and I am simply writing to you to offer you my well-informed advice—which is in your best interest to take and follow accordingly—on how to improve the economy of the United States. No, this is not some sort of empty-worded letter of fan mail, nor is this some sort of marketing ploy to convince you to fund an organization that promotes the well-being of the public. This is the future. The future of America lies in what I am about to tell you and whether or not you decide to comply. Now, I’m not forcing or blackmailing you to do as I say, I am merely telling you that if you do not act out accordingly with the plan that I am about to provide to you, the United States as we know it will imminently plummet into an economic calamity—one that is unparalleled with anything in our beloved, democracy-rich history. You’re going to have to legalize the recreational usage of marijuana. I’ll tell you why.

It is important to note that marijuana is not as drastic of a sense-impairing drug as alcohol or other narcotics are, so legalizing this drug would not cause any significant increase in motor accidents. In addition, the increase in the availability of marijuana could result in a decrease in crime. Marijuana would rise in popularity, lowering the usage of narcotics that more radically impair one’s thinking, thus, making the individuals less likely to abandon all reason and commit a crime simply due to their poor state of mind that is under the influence of (understandably) illegal drugs. On a basic level, crime costs money to combat; lowering crime rates saves money. Now with this in mind, we can safely understand how the benefits can only increasingly outweigh any possible risks and how it can benefit the U.S. economy.

First and foremost, marijuana is currently being used illegally in just about every state—and there is nothing that can be done about it. Marijuana will always be used because of its healthy state in the drug-based black market. Not taking advantage of the widespread usage of marijuana means that the U.S. economy is missing out on billions of dollars. According to CNBC, estimates on the annual spending solely dedicated to marijuana ranges from $10 billion to a whopping $120 billion. This investment and course of action, alone, would substantially improve the current state of debt that is constraining the U.S. economy in neck-deep trenches of money—money that doesn’t belong to us. If the recreational use of marijuana were legalized and given an affordable price tag, then it would financially choke-out the black markets (if the open-market prices were competitive, of course), altering the flow of the billions of dollars streaming down the river along the modernized Silk Road. Not only would this action supply the U.S. with tons of money (literally), but it would also create jobs. In order to supply the public with marijuana, there obviously needs to be a source of the crop capable of meeting the everlasting demands. Furthermore, there are acres of land not being used across the country that can easily be dedicated to growing these crops, so finding space will not be an issue, and this would also provide the U.S. with loads of income from taxes. In addition, the stores and markets that sell marijuana certainly need employees to run the shops, so that will also provide a myriad of jobs to the public.

Essentially, all you need to do is simply have marijuana be legalized in every state. This would immensely increase the current revenue being generated by open-markets and taxes and also allow for hundreds of jobs to be created and provided to the people. Moreover, it can possibly lower crime rates, saving the U.S. government more money to treat their financial wound. Legalizing the recreational use of marijuana could very well be the hail Mary (Jane) that saves the U.S. economy.

marijuana legalization economy
Published on Oct 24, 2016
Report a problem... When should you flag content? If the user is making personal attacks, using profanity or harassing someone, please flag this content as inappropriate. We encourage different opinions, respectfully presented, as an exercise in free speech.
Mourning Senior High School

A letter to the future president regarding the celebration of Columbus day, and its negative effects on our definitions of "hero" and "monster", o...

Student debt is too high

What will we do when we meet our oil crisis?

In this letter I am talking about the benefits of legalizing marijuana for medical treatment, and also stories of patients that have had experienc...

The minimum wage should not be raised despite the long-held belief that it will reduce poverty and improve the standard of living.

Marijuana is the most used illegal drug in America, so I have come up with a few solutions as to how you can make it legal, but also have more cont...