I would like to address the issue on education. This is an important issue in America, because of poverty and lack of money. Some parents can’t provide their child with supplies or afford preschool. For children, education is a #1 necessities like food, water, shelter, health, and clothing. This can determine if later on in life our country will have more jobs and businesses or if our economy will drop.

In dealing with the issue of education, you might decide to get rid of standardized testing or Common Core, but neither of those is really a good idea. Eradicating Common Core is a bad idea, but you should consider improving it instead. Common Core provides standards for schools that help teachers and staff know what their students should be learning at that particular grade level. If you eliminated this, you have to think of the consequences. For example, teachers might get off track and teach more advanced or less advanced skills to their students, which might confuse them. Also taking away Common Core is a bad thing because about 40 states have Common Core so it makes sure that every first, second, third, fourth, fifth, sixth grade, etc is teaching or learning the same standards. If we didn't have Common Core, if someone moved to another state, the classes in that state might be teaching different standards. For example, if you were in fifth grade here in Kentucky and you had to move to Mississippi, they might be teaching third grade learning in fifth grade. So if you don't want this to happen, prohibit clearing/abolishing Common Core. It would just be a catastrophe to get rid of Common core, but same with standardized testing.

Standardized testing is not be the best thing to abolish completely either. Getting rid of standardized testing is a poor choice because it helps teachers know what their students need to be taught and when. It also helps parents get an idea of what their child is learning in school, and finally it shows student progress throughout the child’s years of school. Some people say it’s a fair way of comparing student’s abilities and what they need to work on. Standardized testing should be fixed because some teachers get accused of teaching the students about the test they might be about to take. Some people feel that test are just meant to raise student’s scores. In addition, some schools are considering getting rid of recess because of testing. Since students spend a lot of time preparing for the standardized test they skip playing and exercising, which is health for their bodies. Finally it stresses kids out so when student take test they are under pressure, which sometimes cause kids not to finish their test. Instead of doing away with standardized testing, it needs to improved by fixing errors and making questions easier to understand. Also make sure that schools aren't spending too much time focusing on the test. I know most kids probably are saying, "Yay! No more test!" I know because even I thought that, until I heard about some of the statements made by both of the candidates in the debates and the articles that I read. 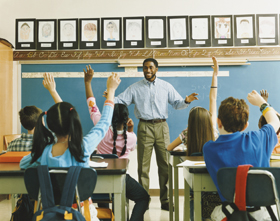 education economy common core standardized testing
Published on Oct 26, 2016
Report a problem... When should you flag content? If the user is making personal attacks, using profanity or harassing someone, please flag this content as inappropriate. We encourage different opinions, respectfully presented, as an exercise in free speech.
NoeMiddle6Pacesetters

My essay is about gun control, how we can prevent gun violence, and what I would like you to address during your term in office.

Education is very important, and I want the best for my future. In order to do this we need to create strong education policies.

This is a short letter to the future President of the United States expressing my opinion regarding gun control in the USA.

Our justice system is fixable.

In this generation sex ed classes are needed, but aren't available in many school systems.

The amount it costs to go to college she be reduced. Many people can't afford to further their education because of this cost.

Raising the minimum wage to 15$/ hour is not only detrimental to the economy and its consumers, but also just is not fair.

This letter explains the huge problem of student debt and how it can be prevented for future generations.

A lot of undocumented immigrants are having a hard time living in the United States and the government needs to stop coming after them.