Congratulations on getting into office! You will be a great president! Anyways as you know, there are many issues in the United States. Some of these issues are Gun Control, Healthcare, and Death Penalties. To me it is kind of shocking that American even has these problems. Even though the U.S. is a beautiful place, we need you, our president, to help our community become a better and safer place.

One issue that needs to be fixed is Gun Control. The law at the moment states that anyone can go buy a gun and use it. Did you know that in the first 164 days of 2016, there have been 136 mass shootings? Thats not even half way through the whole year! To fix this problem there should be a law that states that there should always be a background check before anyone buys a gun. This will decrease the number of mass shootings, and overall make our country a safer place.

Another issue that needs to be taken care of is Healthcare. Healthcare, on an average, can cost about 200 to 300 dollars; and thats only for one month! Also, about 40% of Americans have some kind of chronic disease, which is bad news for people who don’t have enough money or are living in poverty. To fix this problem you should make a program that offers affordable healthcare for everyone. Doing this will give Americans the privilege of having a healthy, happy life.

The last issue that should be fixed is Death Penalties. Death Penalties are when criminals are being killed because the crime they have committed. This is not right at all because no one should have to give up their life just because of the crime they have committed. Did you know that only 6 states have abolished death penalties? You, our president should abolish death penalties for good, then, criminals would not have to be killed just for the mistakes they have made.

These are just some of the issues that the United States has. Other problems that need to be solved are Marriage Equality and Immigration. But as you can see Gun Control, Healthcare, and Death Penalties are problems that should be solved as soon as possible. So Mr./ Mrs. President, hopefully you will take my ideas into account and do what you can to solve these problems. 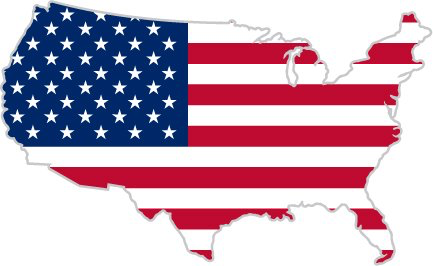 gun issues death penalty
Published on Oct 28, 2016
Report a problem... When should you flag content? If the user is making personal attacks, using profanity or harassing someone, please flag this content as inappropriate. We encourage different opinions, respectfully presented, as an exercise in free speech.
NoeMiddle6Pacesetters

Immigrants should be let into the U.S. Regardless of religion or coming illegally.

Dear Mister/Madam President, For my social studies class, we have to write a letter to you and address a certain issue that the candi...

We started climate change - now we need to stop it.

Immigration needs to be legal and people should have the right to live where they believe would benefit their lives.

Gun Laws Must Be Changed

Guns are one reason to why people are dying.

I am a student at Northview High school in Grand Rapids MI, my name is Payne L., I am 14 years old. I am wondering when we are going to get better ...