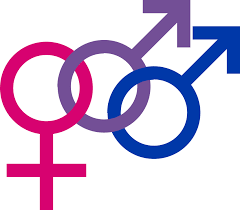 Have you ever been rejected? If so, do you remember just how much that hurts? Try having to deal with that every single day. Having to be rejected and pushed away because of something you really can't change. That is a day in the life of an openly bisexual person. Being bisexual has become almost taboo, invisibility and rejection are huge problems within the bi community. Studies show that 49% of bisexuals are not out to coworkers, for fear of rejection. They also have a much higher chance of facing depression, anxiety, and other mood disorders, according to the Bisexual Resource Center. While bisexuals represent the biggest part of the LGBT+ community, they still do not get the support or recognition they need. I want them to be acknowledged and supported as much as the rest of the LGBT+ group by giving them and their families education, counselling, safe places to go in times of trouble, and a platform to express themselves.

Some things you may not have known about bisexuality is that bisexuals have a much higher chance of depression, anxiety, and various other mental disorders compared to gays/lesbians and heterosexuals. They also have a higher chance of heart disease compared to heterosexuals, as stated by the Bisexual Resource Center. In addition to that bisexuals have almost no support through activism groups, no representation in the media and are frequently rejected at organisations such as Pride. If you didn't know, Pride is a parade/festival for the LGBT+ community. You see, bisexuals are a huge part of the LGBT community, so it makes no sense to push them out of this celebration of them and their sexuality.

What causes bisexuals to feel like they are invisible are things such as being discriminated against where they should feel safe, family members rejecting their sexuality, and hearing stories of rejection from other bisexuals. If you are a bisexual stereotypes run rampant through your life, for example the notion that any bisexuals are promiscuous, and can't commit to an actual relationship. When often times that's not true at all. Other “little” things such as the preconceived idea that they are attention seeking people, just wanting to be included in the LGBT community, or that saying you're bi means that you just don't want to come out as fully gay yet.

This can be very discouraging, as you would imagine. Now this is where the heightened chance of mental disorders and poor health comes along. People are feeling worthless, and they have no one to go to because of lack of bisexual support. A lot of them turn to suicide and self harm. Others to drinking and drugs. This affects them, their family, and anyone around them. A couple other things that this invisibility leads to is people hiding their sexuality, and bottling up feelings. As Lgbtqnation states “Bisexuals experience high rates of being ignored, discriminated against, demonised, or rendered invisible by both the heterosexual world and the lesbian and gay communities. Often, the entire sexual orientation is branded as invalid, immoral, or irrelevant. Despite years of activism and the largest population within the LGBT community, the needs of bisexuals still go unaddressed and their very existence is still called into question.” You see here that people everywhere are feeling that bisexuals face rejection. Lgbtqnation continues by saying that “This erasure has serious consequences on bisexuals’ health, economic well-being, and funding for bi organisations and programs.” As mentioned in that excerpt from a larger article, there is almost no funding for bi organisations/programs. That means no support for bi individuals, their family, friends, etc. People aren't being educated on bisexuality, and are therefore very ignorant. This really does affect everyone, even someone the bi person doesn't know. Most people in America are educated about the rest of the LGBT community, so why not about bisexuals? It's time for a change.

Some people can and will argue that there is no way to be attracted to both genders, it's just not possible. But studies to test that exact question have been done, and it has been proven that it is in fact possible. You could say that since bisexuals aren't gay, they don't need as much support, they would be accepted if they just picked to be straight. But the people that want to be themselves don't want to just be straight, they want to be supported as who they are.

I hope at this point you are asking what can be done about this huge issue. A few things you can do is educate yourself as much as you can about bisexuality. Read articles about it, talk to any LGBTQ people you know, ask their opinion. Once you really truly know what you are dealing with, educate others. A heightened sense of awareness is crucial for helping the bisexual community. Society needs to know that bisexuality is just as valid as any other sexuality. That bisexuals aren't unfaithful or promiscuous, they are just people, looking for support. If you want to go a step further look into LGBTQ support groups in your area, you can donate money to the groups, or volunteer. Start raising awareness about bi erasure, and what people can do about it.

Now to the future president, what you can do is start to implement more bisexual themed activism groups, and safe places. Get your country, the United States of America, to support bisexuals everywhere. Remember when I asked if you've ever been rejected? If you could have stopped that from ever happening to other people, you would have. So here's your chance, as our future president, you hold America in your hands, you can save the bisexual community from more hurt and rejection.

mental health lgbtq rights
Published on Nov 4, 2016
Report a problem... When should you flag content? If the user is making personal attacks, using profanity or harassing someone, please flag this content as inappropriate. We encourage different opinions, respectfully presented, as an exercise in free speech.
East Junior High

The Controversy on Transgender Bathrooms

The talk on the issue of transgender bathrooms and why our nation needs them for more human equality.

We need to help support the people who are suffering with a Mental problem. We can help get medication and therapy to those who need it most. We ne...