I would like to address the problems with the LGBTQ community. I, being a 13 year old person who identifies as female, communicate that I am pansexual. Pansexuality means that instead of gender I focus on what somebody is like on the inside, what their thoughts are, and how they look at the world around them. Most people don’t understand this definition of sexuality because, although it’s a real thing, people still neglect to see that it is there, some could even care less because of their hatred towards people that can’t choose who they are and how they feel along the lines of attraction. As a teenager, I have come to realize that our world is not the oh-so-happy place it used to be. We have grown in so many ways, starting with giving the right to anyone that loves each other an opportunity to get married.

These are lyrics quoted from the song “Same Love” by Macklemore (with Ryan Lewis) (Ft. Mary Lambert):

“We press play, don't press pause/ Progress, march on/ With the veil over our eyes/ We turn our back on the cause/ 'Til the day that my uncles can be united by law/ When kids are walking 'round the hallway plagued by pain in their heart/ A world so hateful some would rather die than be who they are/ And a certificate on paper isn't gonna solve it all/ But it's a damn good place to start,”

This song is something that I have connected with deeply in my time of listening to it. Sexuality isn’t a choice, and I am extremely proud of what we have done to move forward by allowing people the freedom to be who they are.  According to diversitybestpractices.com approximately 6.7 percent of the U.S. adult population identifies as lesbian, gay, bisexual, or transgender and when asked about the public’s opinion about marriage equality, 63 percent of those surveyed believe the public is opposed to it. According to Gallup, 53 percent of Americans support marriage equality. This is up 96 percent from 1996, when just 27 percent were in support. This illustrates the fact that more and more people are growing in terms of understanding that the choice is not ours. But of course you can never get rid of the hatred towards the LGBTQ community. There are people who just don’t want to take the chance to understand that it is not a choice. That we don’t decide who we are, it’s no different than them being born as a man, or woman. That’s what they don’t understand, it is not correct. Words cut deeper than any wound ever could and when people come up to us and say “You’re worthless,” or “You need to change” it stays with us. Scars fade, but not the hurtful words that are put in our hearts.

School life can be extremely difficult for youth that identify as lesbian, gay, transgender, bisexual, or queer. Not only do we have to focus on our academic side but we also have to deal with the constant arrogant and hurtful slurs we get during the day. According to friendfactor.org, 6 in 10 LGBT students report feeling unsafe at school because of their sexual orientation. That’s a majority and that’s not good. According to data from Youth Risk Behavior Surveys (YRBS) conducted during 2001‒2009 in seven states and six large urban school districts, the percentage of LGBT students (across the sites) who were threatened or injured with a weapon on school property in the prior year ranged from 12% to 28%. School is supposed to feel like a safe environment for those of us who are different, but for most school is a horror. Imagine walking into the one place you have to go 5/7 days of the week for 6-8 hours a day, and feeling sick to your stomach, or unwanted. Not sure if you were going to be called names, bullied, or attacked because of a sexuality. Consequently, physical and verbal abuse directed towards LGBTQ students include truancy, dropping out of school, poor grades, and having to repeat a grade. In one study reported on endabusewi.org, 28% of LGBTQ youth dropped out of school due to peer harassment. Luckily, it isn’t because of the staff at schools but 28% is an extremely large portion. This site also stated that 19% to 29% of gay and lesbian students and 18% to 28% of bisexual students experienced dating violence in the prior year. That is terrible. Sure it may not be the majority but because of our sexuality we can’t even feel safe having a crush on someone and possibly being in a relationship without their being some sort of consequence. Also, laws don’t protect gay kids from bullying in 30 states. 30 States! That means that the kids who are bullied for sexually identifying as anything other than heterosexual they can be discriminated against without consequence. That is a major issue.

Another major problem is along the lines of self-harm and suicide. Data from pflagnyc.org states that gay teens are 8.4 times more likely to report having attempted suicide and 5.9 times more likely to report high levels of depression compared with peers from families that reported no or low levels of family rejection. Sexuality is discriminated against on youth even from their own parents. Because our world has been saying that being gay, lesbian, bisexual, transgender, or queer is a choice, and that it is disgusting and we are abominations to the world for so long, people still aren’t changing their minds. Even parents, the people who are supposed to love and support you for all of your life are throwing away their children like garbage because of religious beliefs or disgust. Numerous studies have shown that lesbian, gay, and bisexual youth have a higher rate of suicide attempts than do heterosexual youth. The Suicide Prevention Resource Center synthesized these studies and estimated that between 30 and 40% of LGBT youth, depending on age and sex groups, have attempted suicide. This is how bad the discrimination against LGBT youth is. People like me are so pained that they can’t be who they are that they are attempting to end their beautiful lives. It is disgusting to me to see how much hatred runs towards something that isn’t a choice.

Speaking of all of this info I would like for there to be more protection for both adults, and kids in their workplace or school. By doing this those numbers would drop. People would not only feel more comfortable in their own school or workplace but they would have an opportunity to be themselves without worry that they will be scrutinized by their piers. Children and adults all over America feel this pain every day, walking around school only to be bullied for what they are. We are progressing as a country but there is still more discrimination than equality against the LGBTQ community. Another thing I would like to see is groups of adults from LGBTQ going from school to school and explaining what it is like for those of us who identify with the community. Possibly getting the government to pay for this service so that at least once a year these people come, or even if we could possibly put a class into schools to teach about this kind of thing. About how it’s not a choice and how it feels to be a person that is gay, lesbian, bisexual, transgender, or queer. This could prevent the future generations from being so closed minded about what sexuality is or what it should be, we would be moving forward even more than we are now and that all depends on who leads us.

I know there is only so much you can do, and I appreciate what other presidents have done to help, but anything towards the right direction is and always will be, appreciated. 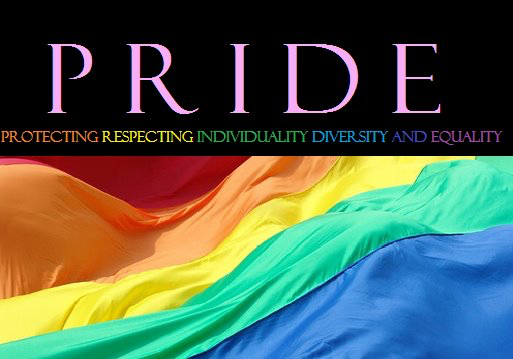 lgbtq rights
Published on Nov 7, 2016
Report a problem... When should you flag content? If the user is making personal attacks, using profanity or harassing someone, please flag this content as inappropriate. We encourage different opinions, respectfully presented, as an exercise in free speech.
Saco Middle School