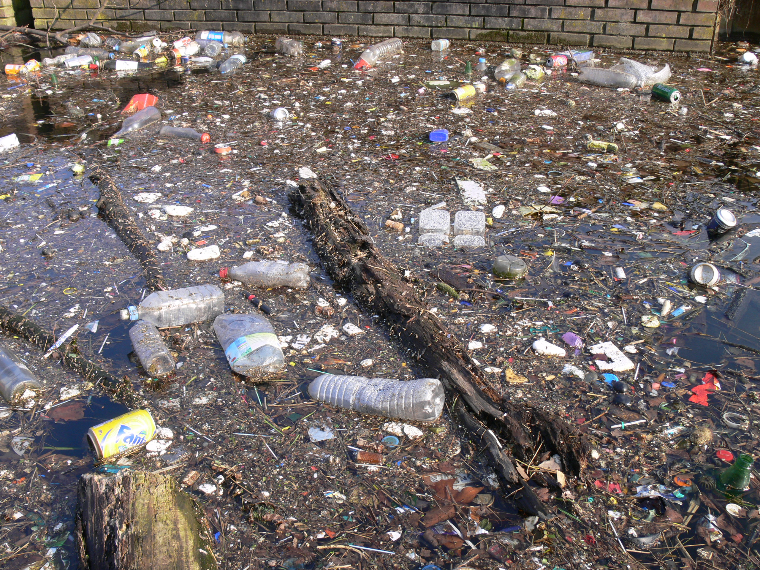 Have you ever wondered where each piece of garbage thrown out of every single car window goes? Or when your head is pressed against the window of the car and you see the small bits of garbage lying on the side of the street? Each one of those pieces of garbage will eventually find it’s way to the ocean. For a variety of reasons the sea has become densely polluted in certain areas. From small toxins to enormous amounts of garbage, the ocean is polluted every single day. While ocean pollution is destroying the environment, it is also destroying us and the ecosystem living in the ocean.

To hear that our oceans are being poorly treated is truly devastating to me.

Just think of all the marine life living in that terrible environment. I have always felt connected to the ocean even though I live about 1000 miles away from the nearest coast. Going to several aquariums throughout my 13 years, I see the unique creatures roaming around for our personal viewing. They give me a sense of what living out in the ocean would be like, but now that their environment is being destroyed it’s hard to imagine them being free in such an enormous area.

The ocean has it’s numerous sources for pollutants. From plastic, chemicals, fertilizers, oil, nets, and much more. The National Ocean Service states that, “eighty percent of pollution to the marine environment comes from land. One of the biggest sources is called nonpoint source pollution, which occurs as a result of runoff.”

This means that all the chemicals, oil, fertilizers, gas, get washed away by rain into the ocean to be absorbed into marine life. Another main source of pollution is plastic. Plastic takes about 400 years to get completely rid of, and that is why there is so much of it out at sea. Plastic can absorb toxic chemicals floating around, plastics are basically a sponge for toxins. Other sources include fishing nets and crab cages, these capture not only fish but other types of marine life. Nets and cages can also wound or infect the marine life.

Marine life is negatively affected everyday by pollution. You’re a sea turtle floating around trying to find your next meal, a jellyfish comes into range and you sprint after it. One swallow and you know that it is not a jellyfish at all, it is in fact it is a plastic bag. Plastic is easily confused as a delicious treat for sea turtles and other marine life. This is deadly for these animals because the plastic can become lodged in their throat or if it happens to get past the esophagus and down into the intestine it can block the digestive system and lead to serious pain, illness, or even death. Nets and crab cages, as said in the previous paragraph, can capture, wound, infect or even cause death to these marine animals. Another pollutant harmful to marine life is toxins. WWF Global claims that, “Tiny animals at the bottom of the food chain, such as plankton in the oceans, absorb the chemicals as they feed.These organisms are eaten by small animals, and the concentration rises again. These animals are in turn eaten by larger animals, which can travel large distances with their even further increased chemical load.” This process can eventually have a huge negative affect on the whole marine ecosystem.

After all this I bet you’re wondering what I can do to help this problem. Well simply start by using your car less, maybe try walking or biking places, the car isn’t the only form of transportation. This will help reduce the amount of gas and oil going into the ocean. Another thing you can do to help is reuse and recycle. You don’t need to throw away plastic just because you’ve used it once, reuse it. But if it happens to be un-reusable, it should go in recycle not trash.

The pollution in the ocean right now will never completely go away. There will always be garbage and chemicals out at sea, but if we take matters into our own hands and help reduce the amount of pollutants that are going into the ocean, we will see remarkable improvement not just into our life, but in the environment and the ecosystem thriving in it. So will you Future President, take this matter into your own hands? Will you promise to protect our oceans and change our ways? The change is just around the corner, waiting to be discovered.

Thanks for your consideration,

pollution ocean pollution
Published on Nov 4, 2016
Report a problem... When should you flag content? If the user is making personal attacks, using profanity or harassing someone, please flag this content as inappropriate. We encourage different opinions, respectfully presented, as an exercise in free speech.
East Junior High

Air pollution is slowly becoming a bigger problem and we need to take action before it is to late.

Garbage in the ocean hurting animals and humans.