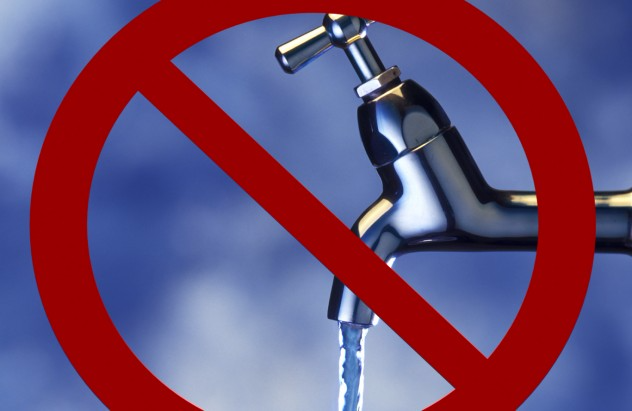 I don't want to die. I don't want to have to worry if tomorrow is the last day I'll be able to have water. I don't want to have to deal with a problem that could have been solved if taken action sooner. There's a lot of things I don't want to happen nor face, but this issue doesn't only affect me. It affects thousands of people all over the world and people mostly in the USA turn a blind eye to the epidemic proportions of water droughts and shortage of water available for drinking. This issue can turn into the next global crisis if we don't take action now. As a nation we have to unite and bring light to this unknown crisis to many citizens. This issue isn't resolved by one person, but with you starting and leading the fight I'm sure we will tackle this problem as we tackled others.

I remember being younger and reveling in the downfall of the rain in my small town in California, being naive of the drought that would attack us at full force in a few years. Even with the drought happening, I was unaware of the effects that the drought was causing and the severe consequences it would bring if we continued using water so carelessly. The scary thing about this whole dilemma wasn't the fact that we were in a serious drought, but the fact that not many people were taking action nor knew the serious danger we were in. The first step we must take to preserve our water is to speak out about the seriousness of the shortage of water. Not only in California, not only in USA, not only North America, but the whole world. Of course we have to start small but the news will fly and people will be "woke" on this crisis. One small action will be the start of the domino effect and be the start of a step in the right direction.

The next step we must take is teaching citizens to limit their use of water and use their water wisely without using it for unnecessary reasons such as for water fights or taking a one hour bath every day. We seem to believe there is an endless amount of water to do these activities but there is only 326 million trillion gallons of water and less than 3% of that is fresh water. Turning off the faucet while brushing your teeth is a simple task that can save up to 200 gallons of water a month. A simple task is saving that much water, the simple thing are sometimes the most important that we tend to ignore. If all the citizens do this we can preserve enough water to not have to worry that the next time we turn on our faucet, the last drop of water will fall.

With these two steps we can be start of something amazing, caring not only for ourselves but the awareness of this environmental problem. We can't be ignorant no longer because as said by Nicholas Ling, "Ignorance is our voluntary misfortune." I hope you, future president of USA, resolve this issue because I no longer want to be afraid of the future of our water. I want to be able to say that as a nation we came together to resolve this problem. I want to be able to say I made a change, a small change but an important one.

change water shortage of water california drought drought
Published on Nov 9, 2016
Report a problem... When should you flag content? If the user is making personal attacks, using profanity or harassing someone, please flag this content as inappropriate. We encourage different opinions, respectfully presented, as an exercise in free speech.
John Henry Francis Polytechnic High School

The increasing availability of drugs to teenagers, causes early addicts and heartbreak to the family.

We are all immigrants

Claim : When you finish reading this letter you WILL be convinced that illegal immigration is great for our country.

That we should do something about all of the illegal immigrants

The roots to all our problems? Discrimination.

My take on what causes our nation grief in all aspects

Children are lost and hungry and sad all the time

Education: The Only Thing America has not Improved

Unclean unsafe water is an issue in Africa. Will you do anything to prevent this issue?

The Issue of Gender pay inequality has been an issue plaguing the United States of America for too long, with women pulling the short straw since o...