I believe that Black lives matter is a huge issue in America. Too many people are dying out in the streets. I also believe people like me and you can make a difference and help donate to individuals, families, or the community. If we all come together as one Black lives matter will no longer become an issue.

I believe there could be a change somewhere between the line. I believe if there is a line of 20 people with the same color then there should be that one people who puts on a different color because that’s the person who’s going to be seen and most likely heard.

I always thought police officers are supposed to help stop the violence but, they are the ones who are causing the most violence. When a person is doing something wrong\bad I don’t think shooting is the first step. I think they should be given time to re-think everything they did then, approach them with a calm manner not to just run up and beat them to the ground then, they should just arrest them and take them to prison on juvenile.

I believe people like you and me can make a huge difference in the world. As president you could help communities make them safe for ALL citizens. Unless they fire their weapon the police shouldn’t fire theirs. Another huge issue about Black lives matter is we are no longer in slavery I believe we should finally be free and have our rights to do everything. I just want you and everyone else to know that this is not right and every person in the United states should be free and treated equally. Thank you. 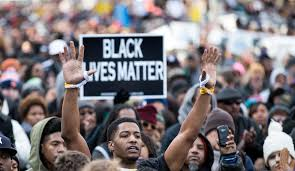 black lives matter violence
Published on Nov 7, 2016
Report a problem... When should you flag content? If the user is making personal attacks, using profanity or harassing someone, please flag this content as inappropriate. We encourage different opinions, respectfully presented, as an exercise in free speech.
Health Science Middle School