An issue that I think needs to be handled is abortion. (Abortion is a deliberate termination of a human pregnancy.) I believe abortion should be legal everywhere throughout the US. It should be completely up to the woman, it is their body and if they don't believe they can handle carrying the child then they should not be forced to. I am pro choice for abortion, thanks to Pro-Choice America for giving me an insight on what it is. Pro-choice is meaning that you are for what the women choice. You are not going against them or shaming them for their choice. I believe we should have no control in the say of the woman. It has been proven by multiple studies that a medical abortion procedure there is less than 0.5% of all abortions that have serious complications when done in the first trimester. During the first trimester the baby is just an embryo. The baby doesn't have just structure at this point. 91% of all abortions are done before the end of the first trimester, research done by CDC.

In the case of rape or incest forcing a woman to go through the pregnancy the whole psychological aspect of the woman could be ripped to shreds. Rape victims already suffer with the chance of PTSD (post traumatic stress disorder), depression, anxiety, sleeping/eating disorders, Borderline Personality Disorder, and many more. Over half of women who become pregnant after being raped had an abortion or gave the child up for adoption, showing the women does not want the child, as told by Health Research Funding(HRF). Also, in the case of incest research has shown that there is over a 30% increase in the chances of birth defects in a child, studied by Mayo Clinic. So do you think it's fair to either the women or unborn child to be forced to go through with the pregnancy.

Let's say we keep it illegal in some places, or don't allow women the opportunity to have an abortion, do you think it will completely stop a women? Women will find a way to not have the child, they may even harm themselves to prevent themselves from giving birth. They will get an illegal abortion, which could result in many complications. I believe this is 100% up to the woman and we should not stop them from making a choice. 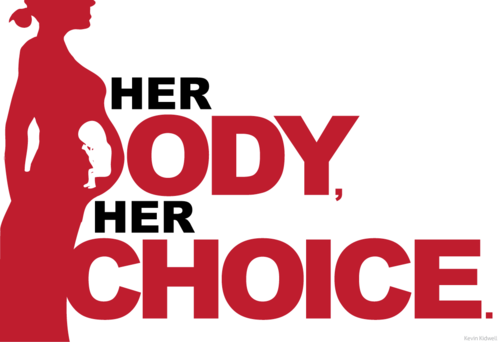 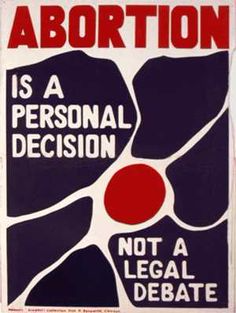 abortion
Published on Dec 1, 2016
Report a problem... When should you flag content? If the user is making personal attacks, using profanity or harassing someone, please flag this content as inappropriate. We encourage different opinions, respectfully presented, as an exercise in free speech.
Craig High School - Ms. Tucker's English 9

All police should be required to wear body cams.

Why do women not have the right to get an abortion?

Abortion, the On Going Issue

Abortion should be legal in all 50 states. America is the land of the free, so why shouldn't women have this as an option to decide on freely?

Abortion should remain a woman's choice.

The Non Moral Issue for Abortion

A look at how moral issues should not be factored into the abortion debate.

This essay is on pro-choice abortion and how religion and government can affect peoples choices on weather or not to get an abortion.