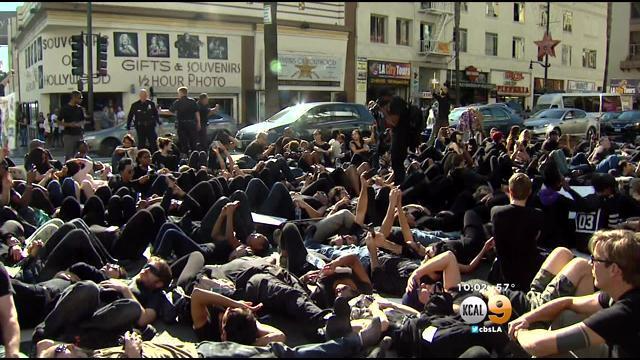 Imagine living in a world without protection when there is much chaos. Lately, the people who are supposed to keep our nation safe haven’t been doing their job correctly. Of course we would protest with rage and we are. Police have been taking advantage of their place in society. With the amount of negativity in our world, we should not be worrying about the role of our officers since they should be keeping us safe.

The amount of police brutality in our nation has caused riots against officers which have been expressed in many ways. Lately there are many theories that these attacks are because of racism towards black people. Though, more whites and hispanics lives are due to police officers according to Heather Mac Donald, a contributing editor of City Journal who is involved in many topics of our world problems. Racism is still a problem till this day and black people are feeling awfully offended because of the incidents toward their kind. Together are unable to rely on police and are even afraid of them. Not all are bad but these situations are put against all of them. We have learned a horrible theory, teaching our young ones to be afraid just because of those few authorities. In Montgomery, Alabama, Gregory Gunn, a 58 year old man has been murdered by a police officer, Aaron Smith, on February 25th claiming that he “Approached a suspicious person and struggle ensued.” Gunn was unarmed and the police officer is now charged with the murder according to Los Angeles Times. It is important that in America we all do our job correctly to keep our country as safe and positive as possible. We need to be the country that can be trusted, but how can we do that if we can’t even trust our officers?

United States is a country of pride, but our streets are completed with cruelty. There is so much sadism that some of our people don’t even care anymore. President Obama has stated that there is so much violence in the U.S. that “Somehow we’ve become numb to it and we start thinking that this is normal.” I believe that what he stated is true, but now police brutality seems to be the next big thing and we are not “used to” it. The abuse by police and any other kind of violence should be put to an end. Image an officer dealing with personal stuff or they are in a gloomy mood so take it out incorrectly on the wrong person. We have the right to protest against these officers. Most situations could been handled peacefully but so far in 2016, according to New York Times and NBC News, 284 people in the U.S. have been fatally shot by the police force. That’s almost a person per day in a year, there shouldn’t be so many victims. In 2015 more than 1,200 lives were in the hands of police according to Daily Mail.

Speaking from someone who has lost their brother through police brutality, I feel strongly about the topic. No one should feel such pain and anger. So many people have mourned losing their loves ones through these negative effects. Situations involving police brutality is all over the Internet. So dear future President, we have came out of our shell, shouting for equality and safety. Even though the force has been trained, have learned their roles, and learned how weapons should be used and when, there should be body cams to watch their moves which multiple people have mentioned already. Just because they were taught, doesn’t mean they go along with everything. There should also be an enforcement and training of when to use guns and other weapons as well as where with our delicate human bodies. A part of training should be on how to handle situations positively since people have different approaches, attitude, and language, but if they cannot handle that they should not become an individual to represent us. The commitment of police is to protect their people before themselves. Their badges represent the protection that they give us, not the danger and fear so that is why police brutality should be put to an end. There is no other side or view, we are protesting and fighting together for our safety.

Think about your safety. Would you want to become a victim of an officer too?

police police brutality police violence safety
Published on Nov 7, 2016
Report a problem... When should you flag content? If the user is making personal attacks, using profanity or harassing someone, please flag this content as inappropriate. We encourage different opinions, respectfully presented, as an exercise in free speech.
Cristo Rey Philadelphia High School

Transgender teens are normal people and need to be treated just as others are treated. There is no reason for discrimination against anyone.

This letter contains reasons why we should stop gun violence.

Abortion is a women's choice it's her body and baby so why should you be able to tell her what to do with it?

Homework effects kids both physically and mentally, Read on to find out how.

One Hour of Homework is Enough!

Kids have too much homework.Read on to see how it hurts us.