I am writing to you today, to inform you of a request to notice school issues of free/reduced meals because I am one of those students who is experiencing this. There are students who are not able to eat breakfast and lunch; the reasons are usually are them not having enough time to eat, which is most likely the effect of them riding the bus or they woke up late. My own experience, when I have something, itś not usually enough during lunch to keep myself from being hungry again. This causes me to not be able to focus on schoolwork along with other students.

There is students who are not able to eat breakfast and lunch because they do not have enough time to eat, which causes them to not be able to focus on schoolwork along with other students. This is an important issue to be noticed, because if the students can’t focus during class, their grade will drop, which makes them stress on what’s happening to them. The lack of food and having stress in the student’s system will lead to depression, which is why it needs to be noticed and cared for

I had an experience of having no food in my system, it led to an extremely bad outcome. During my time in middle school, in 7th grade, I was in gym class, as we were in the middle of the game my vision started to become blurry and I collapsed in the middle of the field but forced myself to stand up. According to Blog Buffer App, the science behind what we eat, ¨Most of what we eat will be broken down to one thing: Glucose. Glucose is our fuel, keeping our brains awake and alert. So at all times, we have a certain glucose level in our blood, kind of like gasoline in a car.¨ This shows that we need change from the people of education to notice the things happening under their palm. If our body does not have enough fuel then our brain wouldn't be awake, which leads to us, not being able to learn.

A student's health matters more than their education. I understand some people would protest over that, however, wouldn't you rather have a healthy student whose functional enough to absorb all the education and information that you're forcing into them? There is an experiment that shows, students who didn't eat misbehaved and hardly sat still during their schoolwork. According to Blog Buffer App, the science behind what we eat.¨During the first part of the morning, the children who got breakfast learned more and misbehaved less (as judged by monitors who didn’t know which children had eaten). Then, after all the students were given a healthy snack in the middle of the morning, the differences disappeared as if by magic.¨ In other words, if you truly want your child or student to be more educated, notice, and care for their health, instead of treating them like robots who are born to follow orders. With great health comes great wisdom.

Thank you for taking the time out of your schedule to read my letter, and I hope the issue of this problem has been noticed. The health of the students should matter and be taken seriously , just like the other issues that are on the news. We need to take notice of this problem and put action into it. Thank you for your time, these students are the future of this country. 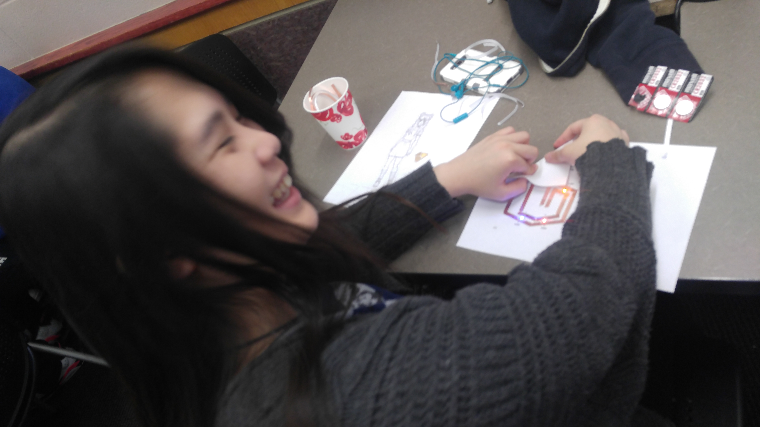 students school lunch school health
Published on Nov 8, 2016
Report a problem... When should you flag content? If the user is making personal attacks, using profanity or harassing someone, please flag this content as inappropriate. We encourage different opinions, respectfully presented, as an exercise in free speech.
Oak Hills High School

Student debt is ridiculously high, and something needs to be done about it.

What must we do to help this urgent situation.

A very serious crime that needs to be stopped.

Dear Mister or Misses President, The Amendments in our constitution were established for a reason, that reason is to assure the freedom of our peo...

Obesity in The U.S

Obesity in the U.S is a very important issue. The problem can be caused by fast food restaurants and unhealthy eating habits.

Integrating students in a classroom should not be allowed in any state nor school; it slows down the accelerated learners. Students should be place...