National security needs to change because we are more worried about what is happening in other countries than ours. The national security becomes of paramount importance during times perceived or real threats to the nation. The nation has also sent over more than 600 troops to Iraq, to fight a war that no one is going to win because of the substantial growth in terrorism over the years due to ISIS and Al Qaeda. The nation sends more people over and sometimes they never get the chance to come back. More families are losing their family members.

National security becomes of paramount importance times perceived, or real threats to the nation. The nation looks into threats coming from any outside source or from other terrorist countries towards the nation. The next wave of national security threats might be more than the technology community can handle. They are very complex, and multidimensional problems which no degree of the U.S. technical superiority in stealth, fifth generation warfare, or night vision is likely to suffice. The latest intelligence forecast by the Obama Administration and other sources point to five big challenges to the U.S. security. These five challenges would be biological weapons, nukes, cyber attacks, climate change, and transnational crime. Now the question is, How are you going to fund to fight against these challenges if we are pouring money into other wars and countries? The nation provided approximately $35 billion in economic aid to over 140 different countries in fiscal year 2014, stated by http://mondoweiss.net/2015/11/spends-billion-foreign/ .This just makes me and many others feel that our country is going to be weaker than most.

The nation has sent more than 600 troops to Iraq to fight a war that no one is going to win, because of the substantial growth in terrorism over the years due to ISIS and Al Qaeda. My Uncle has done 7 tours in the military. He has been deployed to Iraq 5 out of the 7 times. He now faces post-traumatic stress disorder and has to worry about his health, for the rest of his life. He went to the doctors after his last tour and later found out that he has a black lung due to the chemicals in the air. Him and many others now face this disease because of the war being voted ¨yes¨ on, in 2002.

The United States should end this 13-year-old war because we haven't gotten anywhere with this war. This war is an ongoing fight, with terrorism that will never go away. We need to pull out of the war and worry about our own country and not what is happening in foreign countries! Some may say, we are fighting this war so another devastating tragedy doesn't happen in America again; However my solution will help resolve the issue because we are having too many wives losing their husbands, or kids losing their dad. And the other way around with husbands losing their wife, or kids losing their mother. Over 4,000 American soldiers have been killed and Iraq and over 1 million wounded. We need to stop the genocide that is happening in Iraq by just stopping the war. A family loses their 2nd son, and 3rd brother serves. Early in the Iraq war, a family was faced with the death of their son and his best friend. Almost 3 years later they were faced with another grim-faced officer informing them of their 2nd son death due to a helicopter crash in Iraq. The 2nd son was barely out of high school when his brother and his friend were killed by a roadside bomb. This family has faced 2 deaths due to this war in Iraq that is still going on. Tim Rolen once said on behalf of this family, ¨ In all our minds we have an order of the way things go. The death of a child is out of order. You now have a family that has lost two¨. He then stated ¨ One does not prepare you for another one¨. This is why these American troops need to be pulled out of the war, and nobody else should be sent over to fight in that war.

¨The U.S. spends $35 billion on foreign aid… but where does it go?¨ Raul Amoros 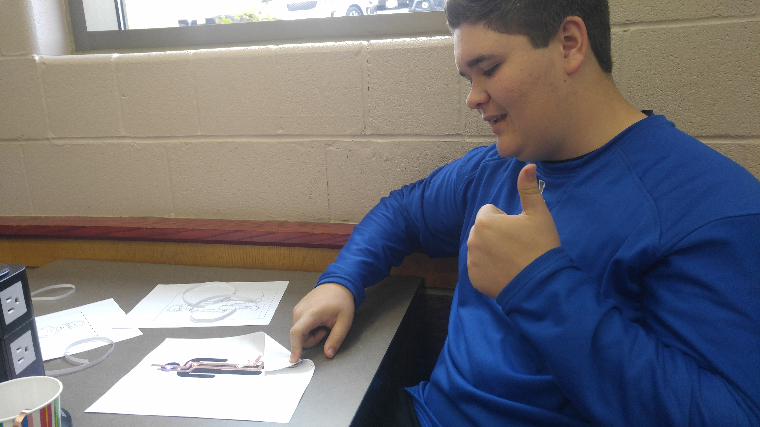 national security security
Published on Nov 8, 2016
Report a problem... When should you flag content? If the user is making personal attacks, using profanity or harassing someone, please flag this content as inappropriate. We encourage different opinions, respectfully presented, as an exercise in free speech.
Oak Hills High School

Illegal immigration is a threat to our national security and the safety of our country’s citizens.

Speaks about the issues of the nation's security problems