Police brutalities and the overcrowding of prisons have gotten out of hand. There are innocent human beings being shot and killed even though they were unarmed. For example "August 9, 2014, was the day Mike Brown got shot and killed in Ferguson, Missouri. The 18-year-old was unarmed and was caught stealing by police officer Darren Wilson. Wilson then backed up his cruiser and blocked them. An altercation ensued with Brown and Wilson struggling through the window of the police vehicle for control of Wilson's gun until it was fired. Brown and Johnson then fled, with Wilson in pursuit of Brown. Brown stopped and turned to face the officer, then Brown moved towards him with his hands up then the police officer fired seven times with all seven of them hitting him."(Wikipedia) He had his hands up why shoot? Even if the officer was scared for his life why would you shoot an unarmed kid seven times like, seven is quite a bit for an unarmed 18-year-old. There are many more scenarios like this that I could name but this is only one of many and it needs to end now.

Another problem is the overcrowding of prisons and in Order to make them numbers go down is if we legalize marijuana because the prisons are being overcrowded with people with possession of marijuana when we really need to be focused on arresting people with more serious crimes but we can't do that if the prisons are overcrowded . According to the latest national data released by the FBI, "at least 620,000 people were arrested for simple marijuana possession alone in 2014 – a rate of 1,700 people per day, or more than 1 per minute."(Police State Daily). Another reason why the prisons are overcrowded is because of the addition of criminal offenses to the penal code which means that offenders can be sentenced for new crimes. Inmates may also be sent back to prison for failure to complete community service. Another cause for the overcrowding is tougher sentences. Offenders are receiving longer sentences for their crimes.

There are ways we can fix on how some police approach people. Maybe if we put in new laws on how police officers approach people maybe people can actually get some type of justice instead of rioting for an answer. If you want to slow down the rate of people we put in prison we need to lower the sentences judges give out and maybe legalize marijuana. While some may say legalizing marijuana would introduce the young to drugs and some may say lowering sentences would put criminals on the street faster but i say marijuana is a good use for medical reasons and once you've been to prison i believe people come back a new person and can change for the better. If they make new laws for how police approach people it will help the parents of these young kids get the justice they deserve because in some of these cases the police officer didn't even get a punishment or nothing. Police killed at least 102 unarmed black people in 2015, nearly twice each week. Nearly 1 in 3 black people killed by police in 2015 were identified as unarmed, though the actual number is likely higher due to underreporting. Unarmed black people were killed at 5x the rate of unarmed whites in 2015. Only 10 of the 102 cases in 2015 where an unarmed black person that was killed by police, resulted in officer(s) being charged with a crime, and only 2 of these deaths (Matthew Ajibade and Eric Harris) resulted in convictions of officers involved. Only 1 of 2 officers convicted for their involvement in Matthew Ajibade death received jail time. He was sentenced to 1 year in jail and allowed to serve this time exclusively on weekends. Deputy Bates, who killed Eric Harris, will be sentenced May 31(MappingPoliceViolence.org)

. If you're an African American think about your son or daughter. what would you do if they lost their life because of police brutality and get no justice? We need to protect our kids because they are our future. You never know when your child could be next and if they were there would be no way to get justice (depending on the situation) for your child unless we make new laws because rioting just causes more chaos and more deaths and injuries. 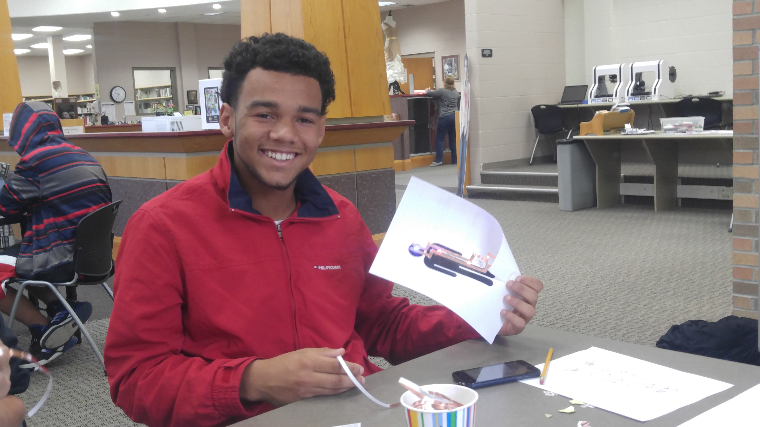 prisons police brutality
Published on Nov 7, 2016
Report a problem... When should you flag content? If the user is making personal attacks, using profanity or harassing someone, please flag this content as inappropriate. We encourage different opinions, respectfully presented, as an exercise in free speech.
Oak Hills High School

Screaming Without A Sound...

Are you a bully, or are you a victim? Help the world say neither.Make your mark and take a stand. Be a hero...

Violence is The Problem, Not The Solution

"Those who make peaceful revolution impossible, make violent revolution inevitable," - John F. Kennedy. What can you do to help prevent violence in...

The United States needs to increase the amount of Syrian refugees accepted into the country.

Is Our Education Good Enough?

Lots of kids today are very fortunate and can acquire lots of things, although others aren't. Some kids in the United States of America can't get ...

The effects of mass incarceration in my neighborhood.

Why you need to stop policemen from using excessive force on innocent people.

You need to stop policemen from using excessive force because lots of unarmed people are being killed. You can do this by giving more money to the ...

Is the rapid growth over imprisonment something we should be worried about, and are they preparing those within the system for reinsertion into soc...