My letter I present to you today is about the inequality in the stonemason trade. This is one of the many trades that fall under the construction category. By this I mean, the pay wage of the trades. For example, the trade of my choosing is the trade my Father works in, stonemasonry. Stonemasons get paid way less than say a plumber, or an electrician makes in wage. They are paid less for harder work and more dangerous work. I remember times when my Father would have me help him on side jobs ( jobs people pay you outside of a business, legally of course ) and he would say to me as I lift a tong of 11 bricks up to the top of scaffolding, with a pulley “This is THE hardest construction trade you can pick son”(Rick Futrell), and “ if you ever get into construction, do plumbing or be an electrician”(Rick Futrell).

Now, to be fair, the reason they are paid less, is because they are needed more, and are basically always going to be needed. By this I  mean, the top two trades, first plumbing, then second electrician. The stonemasonry trade is needed, just as much especially with how terrible some houses are built today. The reason i know this, is from experience with my father on the side jobs, I gladly help him with. My father said to me, during my time spent helping him, “the reason they are paid more is because plumbers are always needed especially in cities”(Rick Futrell). The reason i see this as a problem is because my father has had surgery on his back, because of the work he has done, but for a plumber or an electrician, they often get called for simple fix problems; hints to why they charge $50-$100 just to come out!

The way you can help this is, by sending masonry workers to low income and section 8 housing, so it could provide a lot of work, and also help the more poor communities that have terrible living conditions. While some may say, “this won't help the pay wage gap”(Rick Futrell) it will keep stonemasons in work, and might cause them to be needed more, which raises the pay wage gap. Again this will keep stonemasons in work; they will help the community, and will benefit by being needed more often. For these reasons I write to you, future president, and hope you understand where I am coming from and see the inequality in the construction trades! 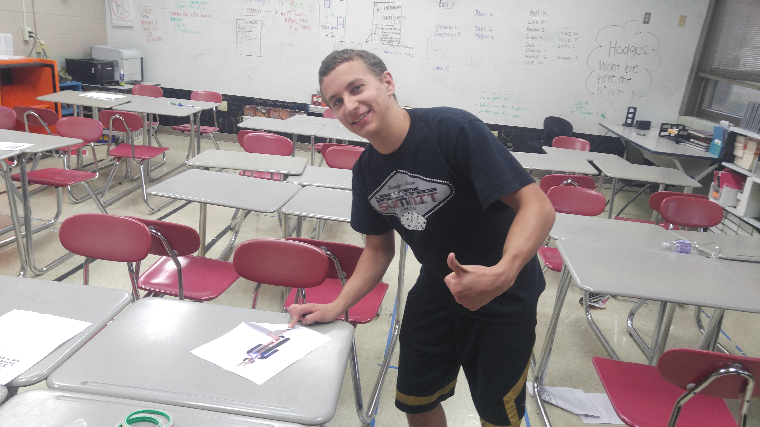 equality equal pay
Published on Nov 8, 2016
Report a problem... When should you flag content? If the user is making personal attacks, using profanity or harassing someone, please flag this content as inappropriate. We encourage different opinions, respectfully presented, as an exercise in free speech.
Oak Hills High School

Are We All Treated As Equals Or Not?

Are you going to work in the future? What job is it? Are you getting the same amount of money as another person? Are getting treated the same as an...

Abortion is a problem

I believe that abortion is a problem that we should have a choice on.

Whats up with Women's rights?

Women's rights is a topic that should be taken very seriously however is usually not. Women are being disrespected and things should be done to mak...

You should be concerned about the act of equality for women and men.

Equal Pay is a Right

This is a letter about the issues of equal pay and why you should care.