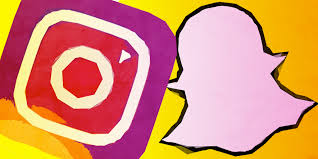 When I first started using social media I was excited. I was the only one in my household using it because I was the most into technology. It was fun for the first couple of months but one day I sent a photo to the wrong person. When I realized that I couldn't get the photo back I got embarrassed. The person I sent the picture to took a screenshot of it. When I saw this, I got nervous. I told them to delete it but to this day I can only hope they deleted it. I hope that the picture never comes back to haunt me.

Social media has become a huge issue in our society. Due to a lack of privacy on social media applications, there has been an increase of cyber bullying, threats, and blackmail. This issue needs to be fixed before matters get worse. People’s privacy is always being exposed on social media by other users. Even if you are not part of social media you are still not safe. It’s sad to think that we have to be afraid that someone may put up a picture of you without your consent. There needs to be more restrictions or laws for users. People can screenshot pictures they can save pictures all because privacy is so minimal. This is affecting everyone around the world no matter where you are you have to be careful. Privacy on social media has always been a big issue. So many people have been hurt because of this issue. Suicides and depression happen every day because of what people put on social media.

This issue needs to be resolved as soon as possible. We should make more laws and restriction to protect people who use and don't use social media. People should not be able to save or screenshot pictures of you without your consent. There should be a restriction on what can be said so there aren't as many people hurt. About 4,500 suicides happen because of social media each year. Just in the United States this number needs to change for the better. A good example to prove my point would be the Amanda Todd story. She was an ordinary girl but because of one man screenshotting a picture her whole life became a mess. She ended up killing herself at the age of 15 because of bullying.

Thank you for reading my letter I hope it has convinced you to make a change.

privacy social media
Published on Sep 27, 2016
Report a problem... When should you flag content? If the user is making personal attacks, using profanity or harassing someone, please flag this content as inappropriate. We encourage different opinions, respectfully presented, as an exercise in free speech.
MCAA

Applying for Your Dream College Causes Stress for People, like you and Others

People, like seniors and others are getting stressed because they can't go to their dream school because they didn't meet the standards academicall...

The cost of education is more than it is worth

Equal rights for all

Animal abuse is a deadly action that can change an animals life permanently.

This letter is about expanding immigration in America.

Recently police brutality has been blasted all over social media, creating a rift between the public and police. Can it be fixed? Can we end the un...

Should The Government Have The Right To Make a Decision about Planned Parenthood?

There is a great deal of controversy between the political parties in America over who should be the next president. Through this controversy, many...

Social Media, something so widely used that we forget it can be the doom of us.

Social media norms and the freedoms on social media that teens experience.