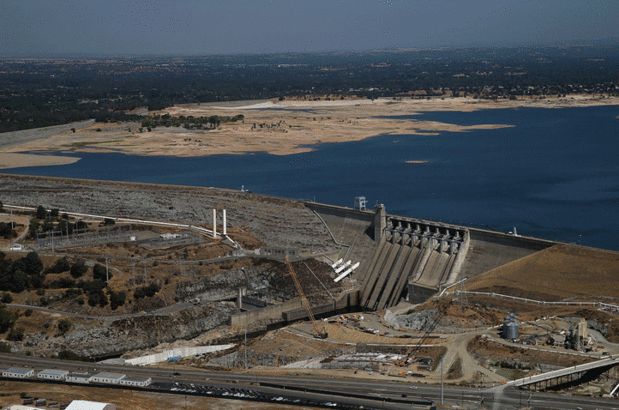 All of California is in need of serious help, this drought has gone too far and it needs to stop. Water conservation is a huge part to fixing this drought but water renewal could stop it right away.

California has been is a severe drought for the past 5-6 years and isn't getting much better. The impact of the drought in California is not good, vegetation is dry, streams have less and less water along with lakes and reservoirs. This is making it so farmers have to cut down on water use which results in lesser amounts of crops. Along with that many farmers have started drilling for groundwater which in long term is very harmful to the land.

There are many theories on why this drought has occurred but NOAA, National Oceanic and Atmospheric Administration, says “The Californian drought wasn't caused by Global warming, we are saying climate would not have been a main driver of the precipitation anomalies. At the moment there is no sure reason why this major drought is happening but there ways it can be helped.

This drought affects everyone in California in a different way, and even places that are supplied with California’s produce. Even n some places where water is abundant.

There is an uncountable amount of side to the “drought” as a general sense. Besides the people and farmers are probably the most in favor for the drought to end. Environmentalists want the drought to end right away too, but some people may not like certain ideas when it comes to water renewal or conservation. Some big companies may not want to use certain procedures to help the drought because it may affect them financially and some may want the opposite

There are many solutions and people tend to focus on water conservation, but water renewal could completely pull California out of a drought. Even better desalination itself would make a huge advancement to stopping the drought.The desalination plant in Israel, called Sorek, was finished in late 2013 but is just now ramping up to its full capacity; it will produce 627,000 cubic meters of water daily.

In then end California is slowly using up all of its water and it can be helped. More water conservation, water renewal is required to make a difference to this drought. California can pull through these dry times, and save crops for seasons to come. Thank you for reading this letter considering this.

help the needy drought lack of water
Published on Sep 27, 2016
Report a problem... When should you flag content? If the user is making personal attacks, using profanity or harassing someone, please flag this content as inappropriate. We encourage different opinions, respectfully presented, as an exercise in free speech.
MCAA

The Favelas are Affecting Everyone.

The Favelas are Shanty towns located in Brazil.

As a fellow Middle Eastern I can’t bare to see my parents home be torn away piece by piece and I can't imagine what it would be like to live in a p...