First of all, I want to congratulate you for your victory in the election, because we know that is not an easy job to do. I would like to talk about a topic that I think you should consider a major problem that needs a good solution. The United States should make new reforms to help undocumented immigrants.

According to the organization Visa Now, United States had not restricted immigration during a long period of time in its first century, the U.S grew constantly on immigrants, It was known by everybody that immigrants were good for business, the U.S was growing fast and if the government could not prove you were a criminal they were free to come to the U.S without intervention of authorities.

From the 2oth century until today Mexicans and Central American immigrants had a great impact in American agriculture industry. But that didn’t stop anti-immigration groups from deporting millions of documented and undocumented Hispanic immigrants.

According to The Manhattan Institute, many economists have shown that immigration increases the salary of Americans. “Regardless of the politically contentious nature of immigration reform, the data show undocumented immigrants greatly contribute to our nation's economy, not just in labor but also with tax dollars,” said Meg Wiehe, State Tax Policy Director.

I know that many Americans are worried because they think that immigrants take their jobs, but saying that undocumented immigrants take Americans’ jobs is a wrong argument since the majority of illegal immigrants have a poor education so they take the first opportunity of job that people offer to them, and deporting all of them isn’t a good option, “if immigrants were deported and all their jobs were filled by U.S workers, there would still be 4 million unfilled jobs,” according to American Action Forum’s Analysis.

And it is estimated that agriculture and construction industries would be the most affected.

America know that immigration give economic and cultural benefits to the United States and to the immigrants. Congress should search for convenient ways to create authorized immigration. Congress should not follow failed policies of the past, when Congress implements the right policies, America will benefit. By David S. Addington, Senior Vice President for Legal and Judicial Policy at The Heritage Foundation.

There are many concerns about immigration in the United States, one of the concerns is that illegal immigration in America is big, more than 10 million undocumented people come to the U.S and that population is growing by 700.00 per year but this should not be concern if The Government make a new reform to permit immigrants to come to America with a permission to work, contribution to the society ,and the obligation to pay reasonable and fair amount of taxes.

We must change and create new reforms to help immigrants to get a benefit from undocumented people and the government. 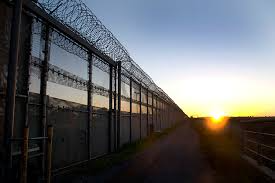 immigration opportunity change
Published on Nov 2, 2016
Report a problem... When should you flag content? If the user is making personal attacks, using profanity or harassing someone, please flag this content as inappropriate. We encourage different opinions, respectfully presented, as an exercise in free speech.
Henry Sibley High School

My opinion on immigration might be very different from others; immigrants have a harsh life in their country and I'm hoping to show you my point of...