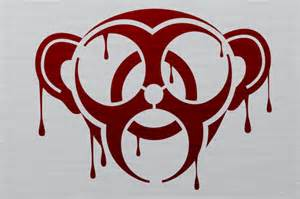 Imagine an America with no clean food or water. This could be America after a biological war with a foreign enemy. A bomb released deadly toxins and pollutants that will linger in the air for 10 years contaminating the water sources, crops, and just about any other resource available. We must put a stop to global advancements in biological weapons before an apocalyptic war begins.

Not only will biological weapons affect the human life of the area with a biological weapon used against them, but it will also affect the plant life and water sources of the area. If infected mosquitos are ruling the ecosystem, many plants and animals will die out and maybe become extinct after a many years. Biological weapons will disrupt food chains of the affected area if there is a huge amount of infected animals released or deadly toxins are released into the air. Biological toxins will mess with a continent as radioactivity would, contaminating all above ground resources and making the land uninhabitable.

North Korea, one of the most unpredictable countries in the world with an untested leader is believed to have biological weapons in their possession. China, Iran, Pakistan, Russia, and Syria also have biological weapons in their possession, each with a long history of general warfare. The United States also has biological weapons but the destruction of these weapons has been ongoing since 1997. The U.S. Army believes that the destruction will be completed in 2023. To help prevent a biological war from occurring, the Geneva treaty is in place, effective as of 1928 to “prohibit of the use in war of asphyxiating, poisonous or other gasses, and of bacteriological methods of warfare.” Of all the nations listed, North Korea is the only one which has not signed the Geneva Treaty. There must be a greater effort put towards ending North Korea’s biological weapons program (adding to the effort of the end of their nuclear weapons program) before they can use one of these weapons.

We do not want another cold war and we must prevent any country from just throwing one punch at America and knocking us out cold. A biological weapon can lead to the apocalypse and I believe that the future and current presidents of the United States must be sure to prevent biological warfare from advancing to and past the testing stages. The President of the United States must increase defenses against these weapons and must formulate more detailed plans for when another nation decides to strike against us. The President must also make sanctions for any country who decides to begin building biological weaponry. We must protect ourselves, our surrounding nations, and our allies because if any of these areas are targeted, it will be devastating.

peace biological nuclear weapons violence War
Published on Oct 23, 2016
Report a problem... When should you flag content? If the user is making personal attacks, using profanity or harassing someone, please flag this content as inappropriate. We encourage different opinions, respectfully presented, as an exercise in free speech.
Greenwich High School

Currently, there is an imbalance in America between men and women and the rights and the respect that they are receiving. Women are being downgrad...

Many students around the world are getting very stressed out about homework. Since you are the president of the United States, I hope you will unde...

Letters To The Next President-Global Warming

The reasons why global warming should be fixed so that life on this planet will be better.

A letter to the future president regarding the issues on terrorism.

Why we must eliminate selective services

persuasive letter to the next President, opposing selective services.