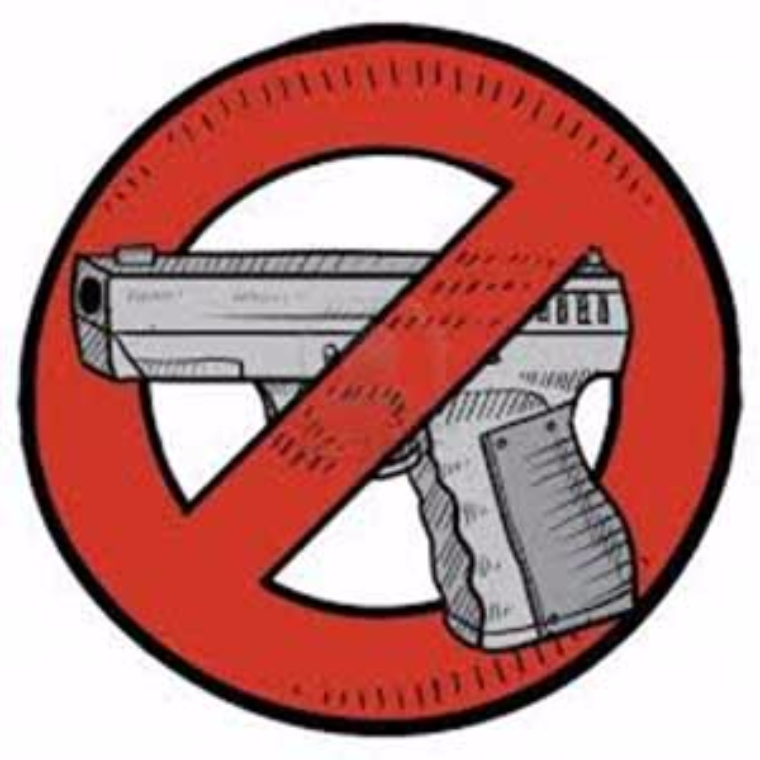 According to the U.S. Centers for Disease Control, “On an average day, 91 Americans are killed with guns” (“Gun Violence by the Numbers”). Guns are being misused and innocent people are dying because of it. The government needs to step in and do something about the crisis America is facing. Enough people are dying of natural causes; we do not need more people dying out of poor decisions. In order to protect the people and their children, more gun regulations need to be enacted.

By having very few gun laws, it is very easy for guns to be put in the wrong hands, causing people to be in constant danger. Situations become a whole lot more dangerous when guns are involved, especially during arguments. According to ProCon.org, “A woman’s risk of being murdered increases 500% if a gun is present during a domestic dispute” (“Gun Control - ProCon.org”). There are many cases where “just horsing around” takes a quick turn and ends in horrible injuries, and sometimes even death. On top of arguments going wrong, we are letting criminals walk the streets with weapons after they are released from prison. An articles explains, “31 states do not ban convicted misdemeanor stalkers from owning guns and 41 states do not force convicted domestic abusers from relinquishing guns they already own” (“Gun Control - ProCon.org”). Several other studies have shown that on average, people will walk past a murderer 39 times in their life (Herring). It is becoming very easy for corrupt people to get hold of dangerous objects, and it is up to you to do something about it.

All of this gun violence is costing the people billions and billions of dollars, and yet, we are not doing anything to stop it. After doing some research, I found, “In 2010, gun violence cost each person in the United States roughly $564 and the US government $5.5 billion in lost tax revenue” (“Gun Control - ProCon.org”). We are paying for nearly 9 million criminals to be kept and fed in prison, and for even more court cases. Considering our nation’s debt, the amount of money we are spending as a result of guns seems absurd. We are nearing $20 trillion of debt rapidly (“U.S. National Debt Clock : Real Time”). It is increasing by thousands every second. We do not have the money to be wasting on gun related incidents; we need to be saving money wherever we can. Poor gun decisions are not helping our situation.

Some people believe that there are already too many gun laws and that no more should be enacted. They think that guns are for self defense and background checks are an invasion of privacy and are unnecessary. According to recent investigations, “Of the 29,618,300 violent crimes committed between 2007 and 2011, 0.79% of victims (235,700) protected themselves with a threat of use or use of a firearm” (“Gun Control - ProCon.org”). If the government is only checking criminal records and health conditions, what are people so afraid of? If people are safe enough to have a gun, more laws should not affect them. If they are concerned about what the government is going to say, they should not be carrying a gun anyway. Gun laws are to protect both the gun users and those without guns.

You, the future President of the United States, are the only one who can fix this problem by encouraging more gun laws and background checks. Mental background checks would benefit our situation. Statistics agree with me: “Both Switzerland and Finland require gun owners to acquire licenses and pass background checks that include mental and criminal records...According to a Mar. 2016 study, gun homicide rates in the United States were 25.3 times higher and gun suicides were 8 times higher in 2010 than in other populous, high-income countries” (“Gun Control - ProCon.org”). Why are we only checking criminal records when there are mentally unstable people, with a clean record, that could snap any minute? Checking only criminal backgrounds is not enough to ensure the safety of citizens. Not only should we improve our background checks, but we should also confiscate the weapons of criminals after they are released from prison. According to the Bureau of Justice Statistics, 3 in 4 prisoners are arrested again within 5 years of their release (“Bureau of Justice Statistics Identity Theft Reported by Households, 2005-2010”). This means that we are giving 3 in 4 prisoners the chance to harm even more innocent people. They are still a threat after they have done time, they do not need the temptation of weapons after they are released.

How does it make you feel knowing that your children will walk past a murderer 39 times in their life? How do you feel about letting convicted criminals walk the streets with guns in their pockets, right past innocent citizens? According to recent polls taken, “Comparable shares of Clinton (74%) and Trump (71%) supporters say the issue of gun policy will be very important to their vote” (Fingerhut). It is clear that gun policies are a major concern for the people of America. They are aware of all the dangers of guns and gun carriers. Now, what are you going to do about it?

background checks debt domestic abuse
Published on Oct 19, 2016
Report a problem... When should you flag content? If the user is making personal attacks, using profanity or harassing someone, please flag this content as inappropriate. We encourage different opinions, respectfully presented, as an exercise in free speech.
Orange High School

College tuition should be lowered because it should be more affordable to the average American family without them going into major debt.

Why the war in Afghanistan isn't necessary.