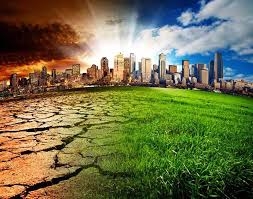 Pollution has quickly become the biggest problem threatening America. Supplies like water, oil, and agricultural land are getting harder and more difficult to find. Resource wars will happen in the near future and countries will fight to get what's left. Resources have become harder and harder to find in recent times. People have noticed but have failed to take and noticeable measures. Already, parts of the world have started to fight over water since there is little to none left in those parts of the world. If America does not do something quick, we will be in the same spot as places without resources.

The lack of urgency to fix the Earth's pollution problem will become Earth’s downfall. Pollution can heavily impact people’s health. Places like China are affected greatly by pollution created by factories that use coal as the main source of power. Pollution has gotten so bad over China that in 2010, over 40% of the world's premature deaths occurred in China. Some people cannot go outside in so parts of China since the air is too toxic. Pollution has already shown itself to be very harmful and a huge problem. But in America, this problem is not being addressed as fast as it should be.

America is known as a country that uses up a lot of resource. We are running out of materials for the products that we are constantly making. Gasoline is starting to become more expensive and so is water. Clean water has always been a problem in 3rd world countries since it can be hard to find. But in America we seem to have a lot. However, water tables are getting very low in places like california, forcing people to have to limit their use of water. Fossil fuels are becoming harder to find and as a result, people have to pay more and more for it.

This major problem is not being addressed as fast as it should be. This slow process is helped by some certain type of people. Some people believe that pollution is fake or does not exist. They chose not to address it and believe that the planet is just fine. All of this is very dangerous because it slows the process of helping Earth and it’s people to survive. I believe they should at least know that pollution is causing a problem for the world around. Earth is constantly getting affected by extreme weather caused by pollution. People need to start noticing the impact that pollution is creating, and they should try to help Earth survive.

We are not, however, completely doomed to eventually die because of pollution. There are some places that try to ration and save the resources they do have. I think America need to starts doing this before it is too late. We need to start having limits on how much gasoline, water, and materials people can use. For gasoline, people can start having a limit on how much they can get each day, or maybe, each week. Next people need to have limits on their use of water, to try and conserve what we already have. We also need to start converting more things to renewable energy to reduce the amount of the pollution being created.

If people do not take notice in the problems that we face with pollution, then everyone will have a major problem in their hands. People will not notice until it’s too late and people will question why the air is toxic and why water is poisonous. We must face away from our current problems to ensure the survival of the people. We must start thinking about how to fix these problems early on so we avoid them getting bigger in the future.

health pollution responsibility health
Published on Oct 23, 2016
Report a problem... When should you flag content? If the user is making personal attacks, using profanity or harassing someone, please flag this content as inappropriate. We encourage different opinions, respectfully presented, as an exercise in free speech.
Orange High School

We are slowly leading ourselves to our death.

Our environment is vital for humans for humans to continue living. However, with the way were treating it we slowly leading ourselves to our death.

I personally feel medical marijuana benefits a plethora​ of people and could help support the economy more effectively than any other cash crop.