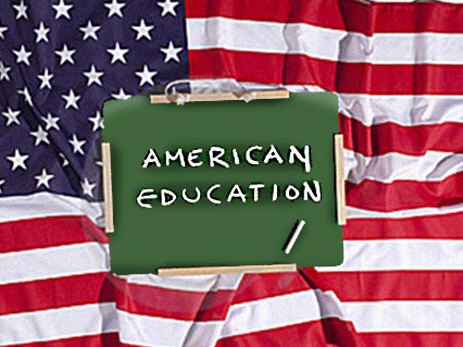 No one seems to take education seriously in America. The undeveloped minds of young adults are making the decision to dropout at an alarming rate. A student is dropping out of school every 26 seconds (11 Facts About High School DropOut Rates). Adults, that are fully developed, are letting undeveloped brains ruin their future by dropping out of school. Out of all of the kids that graduated last year, 68% went on to enroll into a college. That number is over half, but the other 41.4% (11 Facts About High School DropOut Rates) is highly unlikely to be successful. Over 39.9% (11 Facts About High School DropOut Rates) will become jobless and eventually homeless. Neither a love nor drive for education is being created. Kids do not look forward to school for the right reasons, if they even look forward to it at all. Some kids love to see their friends at school, escape the family, or maybe just to participate in a sport/activity at school. Very few kids like school and the reasoning is because they do not feel engaged. Fewer than 2% (Bryner Jeanna, Most Students Bored at School) of kids in school do feel engaged. This shows a lack of interest, drive, and learning in schools. This giant hole in education must be patched up to create a more stable future for our country. Kids were also asked “do you see a point in what you are taught?” and 60% responded by stating that they did not (Most Students Bored at School).

One thing as a student I deal with is being defined by my grade. I know that I am not alone in this statement. Every kid’s knowledge is based off of two terrible ways to measure it. One way we are valued is by standardized tests. The problem with these tests is the fact that kids will do anything to pass them, including cheating. Kids stress out so much about these tests that it could even cause potential health problems. Besides, these test only measure a small portion of what students actually know. It is an ineffective way to measure knowledge and it causes a want for answers instead of how we got the answers. Students will do anything for a grade, including the use of performance enhancing drugs, such as Adderall, to allow them to score incredibly high without actually knowing the concept in that much detail. Nowadays students only care about the grade they get, not how they got the answer to the question. Students will memorize things for a night and then apply them for a couple of hours and pass, and then the information is lost to them forever. Another thing wrong with these tests is the fact that the only feedback the test gives is a number and nothing that could potentially aid in the learning process. Learning should be something that prepares students to be able to explain and understand a concept as well as the teacher. The other way a grade values a student is our Grade Point Average, or GPA. Colleges will look at the GPA of a student, but a GPA does not show how hard a student works. I know many friends who have busted their butt to get a C, and I know many friends who have cheated there way to get an easy A. The education system is crooked in the way that we are not judged on our work, but our number. Some classes are also very dependant on test grades too. If a student knows a lot about math, but can’t seem to get as good of a test grade as they really deserve because of how hard they work, it dramatically affects the kid. The GPA will sometimes show that an above average student in a subject, is an average student, and in some cases below average.

Some people believe that education is not important, therefore any issue is not a big one. They think this because lots of jobs do not contain a lot of skills taught in school. I disagree with this statement because this large variety of knowledge is not a bad thing. A student is learning all types of knowledge in school to enhance their probability of success. If a student were to only learn one thing until they were 18 and then could not get a job in that career, they would be in bad position. Every student needs multiple options so that if one lets them down, they can fill 4 other positions and not bat an eye. This large scale learning allows kids to explore options and really find a subject they actually want to do in there life. If it was up to kids to know what they want to do for the rest of their life at age 6, I would have went into school studying to be Batman. This changes for students as they learn more throughout their schooling. More knowledge also allows students to expand their interests and career decisions, which can result in historical discoveries. I know many students that have been in the news for making actual scientific or mathematical breakthroughs. This teaching in schools prepares students for real life problems that are being faced in day to day jobs.

The solution to the disaster control for America’s educational system starts with two major fixes. The first thing we need to fix is the teacher's’ wages. Fixing the wages of teachers will impact the educational system in a major way. Fixing the wages will increase work ethic for teachers, inspire kids that plan to one day be teachers, and cause an incredible rise of academic knowledge. Teachers will have to go through more qualifications if this wage grows. That being said the thought of a “bad teacher” will be very slim in the future. Another way to fix this educational system is to completely throw away standardized testing in America. Throwing out standardized testing will save a lot of money in the education system, which will end up resulting in putting that money in something more beneficial to a student's growth in education. Another way that this solution will benefit the educational system is the fact that teachers will care less about a test that impacts their salary and job status, but will pay more attention to the students knowledge and learning process. This will in turn cause a growth of knowledge that is restricted due to these tests and will create a more controlled, and understanding teaching environment.

If no improvements are to follow in the near future, many things could change in our day to day life. As Nelson Mandela said, “Education is the most powerful weapon which you can use to change the world.” The question to each and everyone of us is whether we want this change to be good, or bad. The only way to change in a positive, clear future is to improve our educational system and enhance the knowledge for every child in order to flourish as a nation.

education united states of america standardized testing student debt students
Published on Oct 23, 2016
Report a problem... When should you flag content? If the user is making personal attacks, using profanity or harassing someone, please flag this content as inappropriate. We encourage different opinions, respectfully presented, as an exercise in free speech.
Orange High School

Technical classes should be a part of high school requirements to ensure the success of individuals in either higher education or technical careers...