Cat declawing is more painful and harmful to cats than most people know. Declawing is actually amputating a cat's toe from the first joint, leaving them with long-term discomfort. If you were to replicate declawing on a human, the human would be left without their fingernails and the bone, skin, and flesh surrounding them. To make matters worse, cat declawing is not always 100% effective and can leave cats suffering, with their nails re-growing through their flesh and skin. Additionally, cat declawing is known to be so painful that it is used on cats to test pain medication in pharmaceutical trials.

In some cases, cat declawing leads to owners neglecting or killing their cats. This happens because the procedure leaves cats with mental damage from the pain and not being able to use their claws. This can result in cats becoming violent by attacking and biting their owners. Many owners react to this behavioral change by abandoning their cats or even putting them down.

Many veterinarians still practice declawing despite the harm because of the large sums of money they can earn from it. Because declawing can bring up to one thousand dollars an hour, vets practice it in the hopes of someday earning this money. These vets often hide the harm of declawing from customers, but others are beginning to speak against them. The ASPCA, PETA, and the Humane Society all refuse to support cat declawing, and other anti-declawing organizations like the Paw Project have been formed to protest against the procedure, too. Additionally, bills have been introduced in New York and New Jersey that will hopefully be passed to make them the first states in the U.S.A. to ban cat declawing.

Next President, I think you should make declawing illegal unless necessary for a cat to live. Cat declawing is inhumane and the thought that Americans would practice it for good-looking furniture and money is sick and corrupt. Please, save the seventy-four million cats in this nation from unbearable pain. Anthony Douglas Williams once said, "We have more to learn from animals than animals have to learn from us." I agree. Let us take this moment to learn from animals who don't amputate the first joints of others’ paws for no valid reason and let’s put restrictions on cat declawing. Protect not just strong Americans but also the weak. 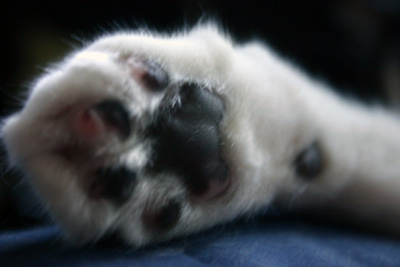 animal cruelty cat declawing
Published on Nov 8, 2016
Report a problem... When should you flag content? If the user is making personal attacks, using profanity or harassing someone, please flag this content as inappropriate. We encourage different opinions, respectfully presented, as an exercise in free speech.
Elgin Academy

Education is the key to success.

Terrorism is the number one problem that needs to be addressed by our next president.

I have an issue that needs to be covered: the rights and treatment of my autistic brethren. We have been trampled upon because of our disabilities ...

We need to put a stop to animal abuse. :)