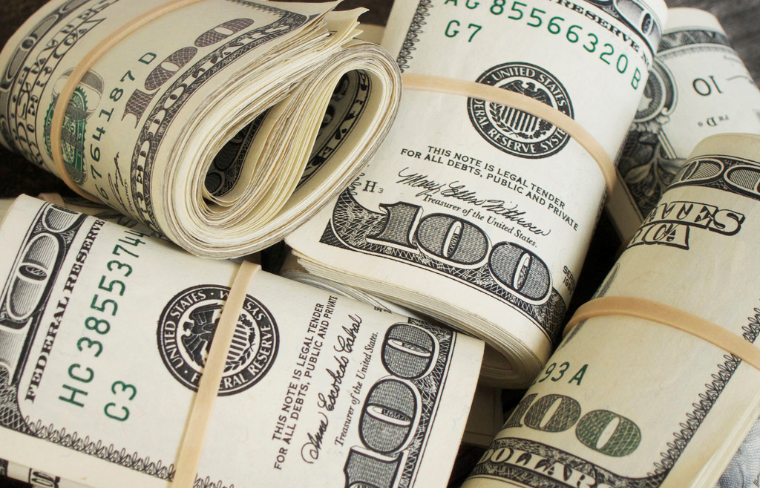 America’s debt of roughly 16.4 trillion dollars is becoming a big problem. In fact, this means that if America’s debt was laid out, end to end, in one dollar bills, the line of bills would stretch past Uranus! That amount of dollar bills is crazy! America needs to become the best country that it can be by first paying all its debt.

You may think that debt is not a problem, but it is for many reasons. First of all, debt costs more than just what America spends money on. After enough time, what America owed money for in the first place is now double the cost thanks to interest and its add-on costs. Another reason why debt is bad is because debt just takes money away from what America makes in the future. Therefore, America will be stuck in a vicious cycle of making money, paying for debt, using money, and gaining more debt. It may seem like debt never ends no matter how hard you try, but that is wrong. If you make enough money to fight against the tide, you can get out of debt, which is exactly what America needs to do.

America’s debt is going to become an even bigger problem if the dollar stops being the base currency, which means that every country will accept that currency. America can always print more money to pay off its debt, but not if the dollar is not accepted everywhere. The European Union is struggling to make the Euro the base currency, and that might happen if America burns bridges with other countries by not choosing its wars wisely. This is why America’s debt is such a big problem.

One way to reduce debt is by raising taxes, but I don’t think that the vast majority of Americans will be happy about that. If you do raise taxes, many citizens will get angry causing rebellion or emigration. Without people to pay tax, raising the tax rate is useless and those left behind have a bigger amount to pay.

If America decided to open up its borders instead, America would still generate more tax, but they would be doing it in a different way--letting more people pay the same rate. Over time America would gain more workers to work and earn money, have more small businesses grow larger, and overall create more tax to be collected by good old Uncle Sam.

Some people say that America can get out of its debt by going into war, which creates more war-related jobs for people to hold and pay taxes on. To that I say: This is the 21st century. Countries have already tried to make peace with one another and most of the time countries don’t want to go to war. Besides, when going into war, we are injuring our soldiers and our soil. The fact that America is injuring its own people makes this an unacceptable solution.

If America instead raised the retirement age, that might give America a head start on lowering its debt. One main reason people retire is for health insurance. Health insurance was created and focused more on when people were doing manual labor. Now, most Americans are sitting in cubicles or teaching in a classroom, therefore making not much of a need for health insurance, and therefore not much need for retiring too quickly. Even when you are retired, you are still paying taxes, but most likely not as high of an amount as when you are still working. This solution takes into account the well-being of America’s citizens instead of throwing them on a battlefield and telling them to conquer some land.

Another way America could save some money is by easing off regulations. America has regulations for a reason. America has food regulations to keep people safe, environment regulations to keep its environment healthy, and many other regulations for their own good reasons. Although, if you think about it, America may have too many regulations. America spends roughly $61 billion dollars in the regulation department and this number is still rising. There are obviously regulations that we need to keep just to ensure our health, but we definitely do not need all regulations that America uses. If we hold back on a few of the not-so-needed regulations, smaller businesses that would have been shut down due to excess regulations can grow larger and in turn pay more taxes back to the government. Also, we might be able to salvage about a half of that $61 billion dollar budget to fund more programs which in turn could produce a greater tax amount by themselves. Easing off regulations is a great solution for solving America’s debt.

As you can see, Future President, America's debt needs to be fixed. To save our country, please do your best to make a stand and stop our debt from growing larger. All solutions given in this letter are win-win situations. Whether you open borders, raise the retirement age, or ease off regulations, you need to make sure America is still the best country out there and do what is right.

debt current events america
Published on Nov 10, 2016
Report a problem... When should you flag content? If the user is making personal attacks, using profanity or harassing someone, please flag this content as inappropriate. We encourage different opinions, respectfully presented, as an exercise in free speech.
Elgin Academy

Immigration laws in the U.S are a mess and need to be fixed now

I think that the country should have more bike lanes.

Problems with guns -- and solutions.

The most important thing for Trump right now is him trying to be better at politics since he is good with business.

As I look around America, school systems are failing at different things. Some things they are failing at are lack of parental involvement and over...

Why Us Citizens Need Guns

Buying Firearms Is Too Easy

Gun control is an extremely important topic. 26 States have a metaphorical F in gun control laws. Things need to change.

Racial profiling must be stopped

Racial profiling is a terrible thing in the United States and it needs to be stopped.

Our national debt is dangerously close to exceeding $20 Trillion, and jobs aren't being created quickly enough.

Lowering the price of college for students via grants