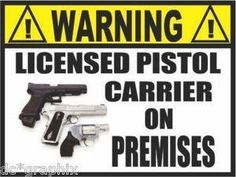 Based on the most recent acts of gun violence across the United States, I believe that, by also keeping in accords with the 2nd amendment, the process to receive a concealed or visible weapons permit should be standardized and of a higher difficulty amongst the fifty states. As it is right now, it appears that the application process for a concealed weapons permit or License to Carry(LTC) is fairly easy to pass. This needs to be regulated more strictly otherwise the possibility of harm caused by someone without the proper knowledge and skill to handle a firearm will be increased.

Let’s compare two different states and their LTC process. In Florida, according to the Institute for Legislative Action (ILA) and the National Rifle Association of America(NRA), the applicant is required to attend a gun safety class, followed by a submission of their fingerprints and an application including any criminal records. We can agree that this is a solid start for regulation of who receives a permit to freely carry a firearm. However, in Kansas, there is no required permit to carry a firearm at all. This lack of structure could be what will lead to a greater possibility of gun mortality.

Therefore, after standardizing each state to a similar process, a test of skill or training should follow the gun safety class in order to demonstrate a person’s knowledge and ability to control their firearm. This test should include basic actions including loading and unloading the gun, as well as turning the safety of the gun on and off at the accurate times. Then, there should be a more difficult part of the test where the citizen firing the weapon must hit two separate targets, within different ranges of length from the person, then also manage to hit a moving target within a designated area. This will allow the person applying for the LTC to prove that the, not only know how to safely handle the weapon, but also demonstrate their ability to control their aim and focus while holding a firearm. Thus, a strong beginning to decreasing the current gun mortality statistics in the United States (10,945 deaths due to firearm homicides in 2014- National Center for Health Statistics CDC) would be this standardization and test, along with the implemented gun laws of the application process in Florida. This way, it can be almost guaranteed that only those who are knowledgeable may handle a firearm and not some random person off the street with no experience whatsoever.

As President of the United States it behooves you to take these important matters of gun mortality in America seriously before they grow even further out of hand.

Published on Oct 24, 2016
Report a problem... When should you flag content? If the user is making personal attacks, using profanity or harassing someone, please flag this content as inappropriate. We encourage different opinions, respectfully presented, as an exercise in free speech.
Mourning Senior High School

Honors Gov letters to the next President

Bikers in the Miami-Dade county are using up a car lanes in major streets and highways.

Homeless Veterans and Their Health

My letter to the president has to do with homless veterans and how that is a problem, as well as how thier health is affect due to lack of vaccines...

National security is becoming a big issue with terror groups on the rise.

Dear future president, The issue I wish to talk about in today’s society is the concern about the climate change. The world is constantly facing ne...

The Honorable Upcoming President Dear Mr. / Mrs. I am a resident of Miami, FL and I am writing to you in regards to a problem in my community whic...

The Children of our world need meals not scooters.

WHEN WILL IT END?