The President of The United States of America

The death penalty has been around for centuries, from crucifixion, to hangings, and also people being burned at the stake. Exactly what does killing someone solve? What exactly is the point of this? What if an innocent life is taken? The justice system desperately needs to be reformed. Your help is greatly needed.

According to procon.org, execution is only a form of revenge (retribution). Killing someone who has killed someone is only continuing the cycle of murder. This is the United States’ way of saying that murder isn’t a problem. The government and the court system feel that they can do what they want because they have some form of power. It doesn’t make sense to do something that you don’t think is okay. The court system is somewhat hypocritical.

The court system and government often go against what the constitution says. The constitution says that all men are created equal. The court system doesn’t always seem to play by these rules. Schoolworkhelper.net agrees that the majority of people who are on death row are of lower income or considered to be poor and also minorities. The people who are facing capital punishment that are rich can normally “pay their way out” of the death penalty. It is true that people who have more money than others get what they want so it is more than likely that they will not get the death penalty. That is not equal treatment of people. It shouldn’t matter how much money you have, if someone’s life is taken there should be punishment regardless.

Greengarageblog.org says some murders are committed by people who have mental illnesses and extreme anger problems. Certain situations may set things off and they have no control over what happens next. If that’s the case, they should just be sentenced to life in prison. The government should also allow them to seek help with their issues so they can learn to manage them better and when another situation happens, they won’t try to kill anyone.

It would be great if the death penalty could be fair for everyone. Some of the circumstances are not fair at all. There are a lot of changes that need to be made with the United States Court System and United States Government. When handling capital punishment cases, there need to be lawyers who actually know what they are doing. A lot of the time, the lawyers that handle these cases don’t have much experience with capital punishment cases. A study at Columbia University shows that 68% of all capital punishment cases are appealed. If the lawyers knew what they were doing and felt they had enough evidence to sentence the suspect to death, why would you need an appeal?

The United States is supposed to be “One nation under God”, but yet we have the death penalty. In the Ten Commandment, it says “ Thou shall not kill”, but the United States believes in doing the exact opposite. The United States clearly does not stick to their word. Instead of taking someone’s life for a crime they committed, give them life in prison. The person who committed the crime should have to wake up everyday and be reminded of what they did. That’s the best kind of punishment because it would be heavy on their conscious and they would have to live with guilt. By simply giving them the death penalty is like putting them out of their misery and not allowing them to suffer for what they did. It’s time for a change, but it is yet to come.

I do not agree with the death penalty and I understand that the United States will never do away with it. If that’s the case, I just ask that you give everyone a fair trial as it says in the “Bill of Rights”. 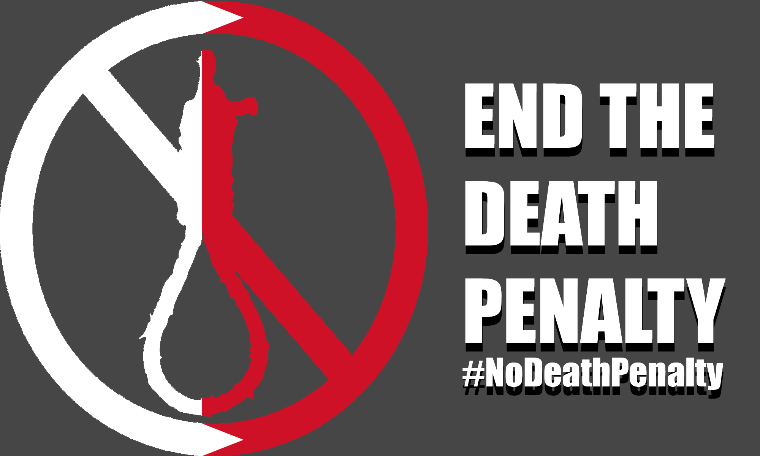 justice system death penalty court system discrimination civil rights
Published on Sep 22, 2016
Report a problem... When should you flag content? If the user is making personal attacks, using profanity or harassing someone, please flag this content as inappropriate. We encourage different opinions, respectfully presented, as an exercise in free speech.
Oxford High School

There is no justification for abortion. No matter what, a mother should protect her child; born or unborn.

What could have been the future

Dear Future President, Children are our future teachers, inventors, business leaders, and parents of our country, whether we realize it or not. T...

The amount of money it takes to pay all your college expenses are unbelievable high. Those with low wages also deserve a college education but the ...

Universal background checks for gun purchases need to be a priority when purchasing a firearm. Having this would make our country safe.

Stop and Frisk in New York

I am writing to inform you of issues in our country that I believe should be fixed. It arose in New York City’s Police Department and it involves t...

This letter is about the non effective and economically draining death penalty system and how it needs to be reformed.