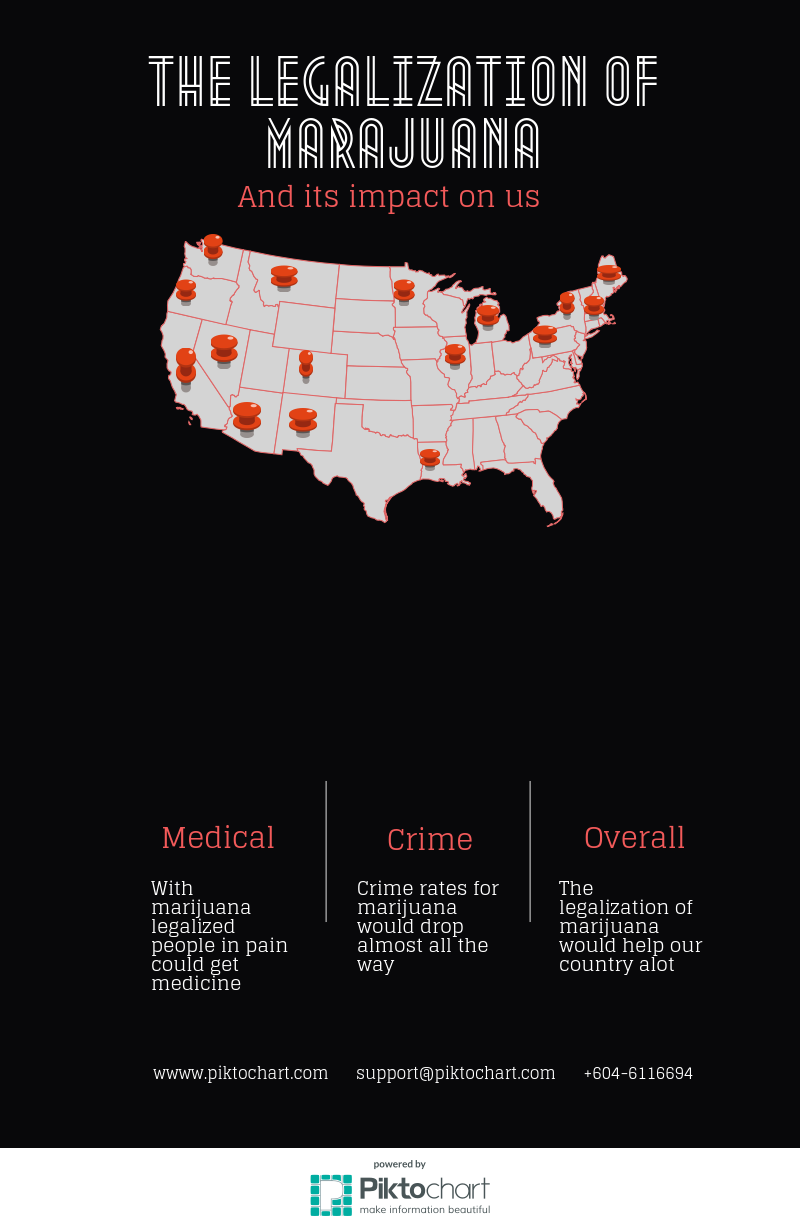 The legalization of marijuana would also cut down on crime. People caught with marijuana often have to pay fines, complete community service or sometimes have to serve jail time. Legalizing marijuana would eliminate these crimes. In Colorado, where its legalized, the state reports that “arrests for marijuana possession have continually dropped since 2010 and are now down roughly 84 percent” (Macaulay). This shows that the number if arrests has diminished consecutively and will continue to do so.

While some people may argue that marijuana is bad and should stay a banned substance, I say that it's better than people trying to get a high from something made in an alley or a lab. There are many other drugs that can actually kill people, yet some people are still focused on banning marijuana.

As President, you could legalize recreational use of marijuana. If that's not posible, you could at least legalize marijuana for medical use. In order to make this change, you need to pass the various bills that states have proposed.

marijuana legalization crimes united states of america medical marijuana media
Published on Nov 8, 2016
Report a problem... When should you flag content? If the user is making personal attacks, using profanity or harassing someone, please flag this content as inappropriate. We encourage different opinions, respectfully presented, as an exercise in free speech.
Oak Hills High School

There is too much testing in America; it's stressing students to the max!

Dear Future President, I don’t want to see families torn apart because they are illegal immigrants. There are over 10 million families with illegal...

Homelessness in The United States

A letter to the president about the steady homelessness in America

Letter to the Next President - Marni M.

I strongly feel that the police don't deserve the treatment they've been receiving lately, because they're just about as close to a super hero as w...