America should have a better educational system. It impacts America because the kids that are in school now are our future, and we don't want uneducated people to be in charge. Everybody is impacted because the students will be in charge one day. I am impacted because I am a student. America should have an education system that doesn't rely on standardized testing because testing can discourage students from coming to school, and it is taking time away from what students need to learn.

Since test scores are discouraging, “7,000 Students drop out every day, or one every 26 seconds” (“10 Staggering Facts about education in America”). This shows that change needs to occur because if we want a future, more people need to be in school and have better jobs. This shows change is necessary because we have to rely on students for a better future, and they need to be more confident and less stressed out to do so.

“30 years ago, America was the leader in quantity and quality of high school diplomas. Today, our nation is ranked 36th in the world” (“11 Facts About Education in America”). This shows change needs to occur because if it doesn't then America will have one of the lowest educational systems in the world and none of the other countries would respect us. We need a higher education system that doesn't rely on standardized testing so that kids can learn what is important.

Some people may say that there is nothing wrong with the educational system because when they were kids it was fine. It doesn’t need to change; however, they are wrong. Just as technology has changed, education should change to help people understand that technology more.

The time has come that the educational system needs to change. Something you, as the next President, can do is to get rid of standardized testing; it would cost less and make teenagers less stressed out. “Testing does not measure real learning” ("Teachers Take an Ethical Stand Against Testing"). America should make education great again. It would make students have much less stress and have a better viewpoint towards school.

America should focus on teaching people skills for the future and not worry about tests. I hope that you can see why this is important. Thank you future President for your time reading this letter 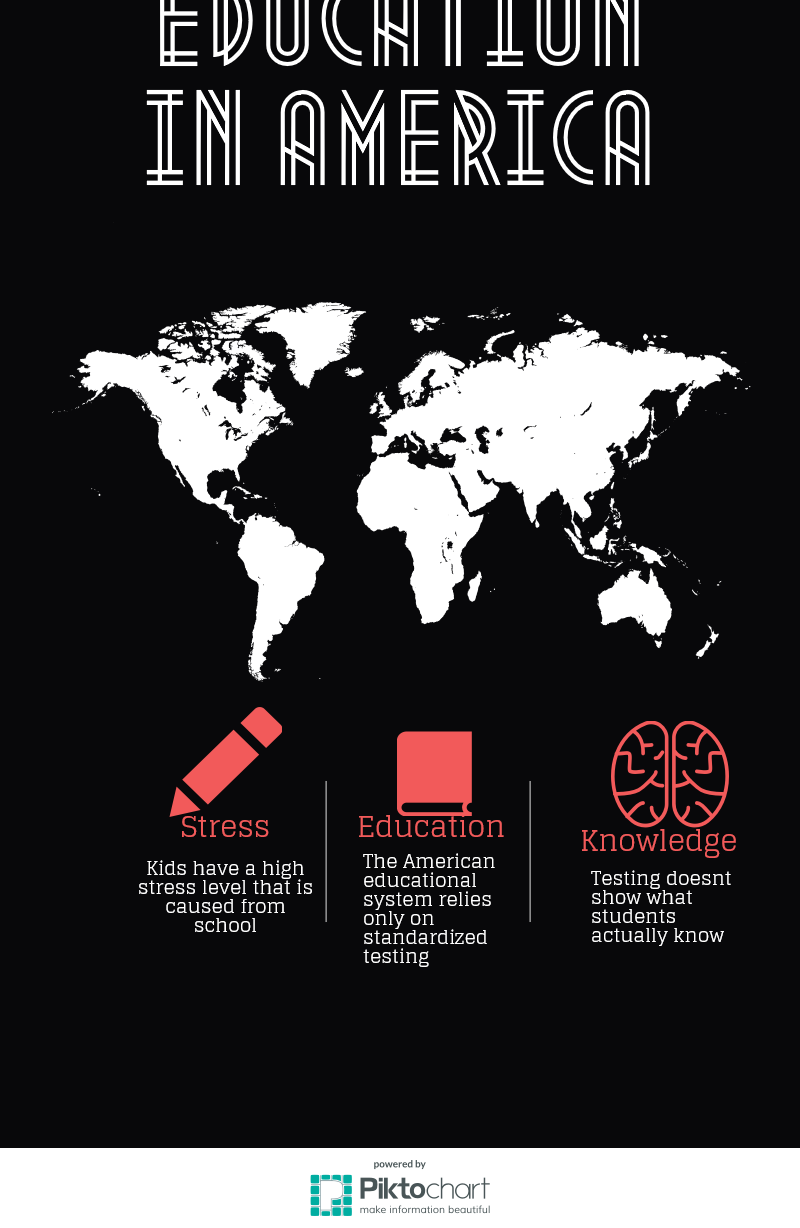 I believe that gun laws should not change.

Education is the first step

Nationwide economics education can help prepare our citizens for the future.

I am a Scholar

The education system must change in order to intellectually, culturally, and emotionally enrich today's students.

A letter to the next president of the united states.

Anxiety Is Ruining My School Life

Anxiety in school is putting students at risk!

For me that most matters is what will you do for America for our country. When a person runs to be a president they always say a lot of things to p...