How would you feel if your pet was put in a laboratory and was abused, burned, tortured everyday. Well that same horrible thing happens all the time with wild animals, animal testing is cruel and unnecessary and that is why you must put a stop to it immediately.

Animal testing can result in pain and even death. According to http://animal-testing.procon.org one test used on animals is the lethal dose 50 test which involves finding out what dose of chemical will kill 50% of animals being used for that experiment, the test made 97,123 animals suffer in 2010. According to this website https://www.dosomething.org/us/facts/11-facts-about-animal-testing over 100 million animals are burned crippled, poisoned, and abused in U.S. labs every year. some tests involves killing pregnant animals and testing their fetuses.

Not all drugs that pass animal tests work for human use, and other facts. According to https://www.dosomething.org/us/facts/11-facts-about-animal-testing 92% of drugs that pass in animal tests fail in human health trials. Animal testing can be really expensive. In animal testing it can be extremely easy to come to false conclusions. Animals and humans aren't biologically identical. not all animals react the same as other animals which can result in misleading research. Over 80% of the world still allows animal testing.

Animal testing may be useful for a lot of stuff like lipstick, deodorant, shampoo, and other body lotions. The testing is useful but we shouldn't be killing, torturing, and abusing animals just to smell and look good. Animal testing is cruel and unnecessary and YOU have the best chance of ending it in the USA, now are you just gonna be like an average american who doesn't care about animals or are you gonna be the president who puts a stop to animal testing in the USA. 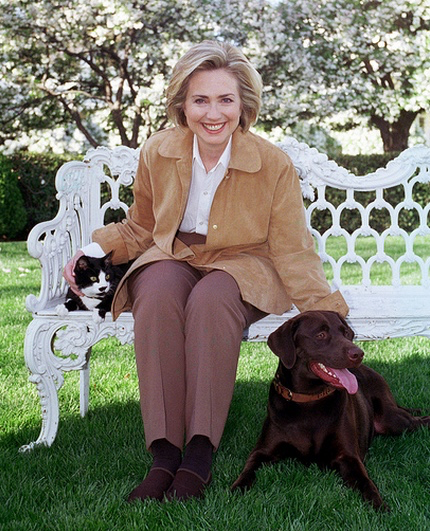 animal
Published on Nov 9, 2016
Report a problem... When should you flag content? If the user is making personal attacks, using profanity or harassing someone, please flag this content as inappropriate. We encourage different opinions, respectfully presented, as an exercise in free speech.
Saco Middle School

Dear Future President: Animal testing is a major, controversial issue in the United States. It is an issue that needs to be addressed, and then st...