Imagine a bird or any type of animal, swimming in the lake or an ocean and they see this plastic object, it is a soda ring. They start to swim to the object. They do not know what it is or where it came from, and then they start to play with it. Suddenly, they get their head stuck in the hole. Now they are trapped and close to be strangled and they can’t get out of it. Now they are stuck with a plastic object around their neck. Now imagine a forest near a factory that burns coal and other fossil fuels, and then it starts raining but not the normal rain you see that is water, but acid and it falls onto the trees and plants making them die and useless for building houses and furniture.

We need to end pollution and these are some reasons why.

First, it is killing animals and impacting humans. People who live near factories that are making high levels of air pollutants have a 20% chance of getting lung cancer. Birds are getting killed because of light pollution, the light pollution blinds them making them crash into buildings.1 million other birds are also getting killed by air pollution. Air pollution from factories also cause global warming making land warmer and it melts ice, making polar bears losing their land and other animals living in the cold land. In 2020, the animal population in the world is going to go down to 67% leaving only 33% of animals left.

Second, it is having an effect on plants. Air pollution poison soils making the plants not grow and die making the supply of vegetables and fruits lower. Trees around factories are dying because factories cause acid rain making the trees die and making the earth have less oxygen.

Last of all, it is having a bad outcome on the water. Littering makes the water dirty and also making animals get stuck inside the trash, for example, plastic bags. Some parts of America could be covered in water because the water is rising. It is depleting the ozone layer, the ozone layer protects humans from harmful UV rays from the sun. Researchers say that in 2050, the ocean will have more plastic than fish.

So why we need to make an end of pollution is because it is killing animals and impacting humans, it is having an affect on plants, and it is having a bad outcome on the water.

⇩ An example of a turtle getting stuck in a soda ring ⇩ 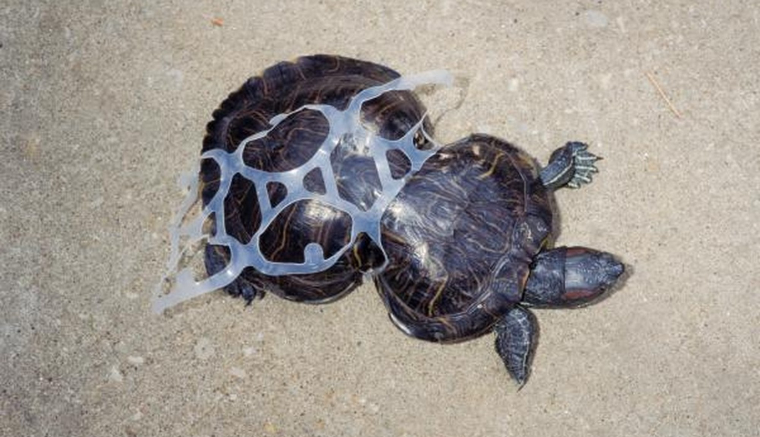 pollution
Published on Nov 7, 2016
Report a problem... When should you flag content? If the user is making personal attacks, using profanity or harassing someone, please flag this content as inappropriate. We encourage different opinions, respectfully presented, as an exercise in free speech.
Saco Middle School

The main reasons air pollution is a dangerous threat to the well-being of our future population, are that it destroys our environment and it damage...